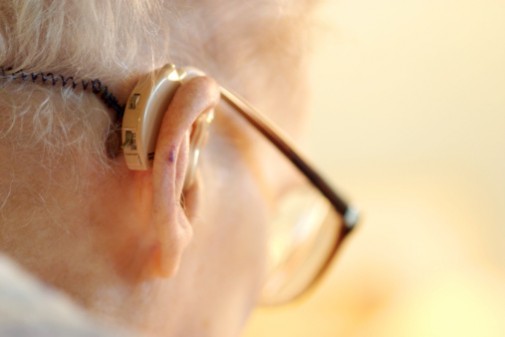 Older adults who are hearing impaired may die sooner than those without hearing loss, according to a new study.

Researchers looked at hearing test results from nearly 1,700 adults 70 years old and older. In this group, 589 had mild hearing loss, 550 had moderate to severe loss, and 527 had no impairment.

The data showed that the subjects with moderate to severe hearing loss had a 54 percent increased risk of death over the next several years when compared to those who had little or no impairment.

While the study’s authors noted more research is necessary to prove that hearing loss alone can lead to earlier death, previous studies have tied it to other health and quality-of-life issues.

Previous studies have shown that even mild hearing loss doubles the risk of dementia. Those with dementia and the presence of moderate to severe depression in hearing-impaired individuals is doubled compared to normal hearing.

“Loss of hearing can lead to social isolation, especially in older adults who are already prone to feeling isolated,” says Tessa Gilfillan-Jones, audiologist at Advocate Eureka Hospital in Eureka, Ill. “This can lead to depression, dementia and other mental health problems. It’s vital that people realize that hearing loss affects more than just the ears.”

According to the National Institute on Deafness and Other Communication Disorders, approximately 33 percent of Americans 65 to 74 years old have hearing loss. For those over 75 years old, that number jumps to almost 50 percent.

However, only about 20 percent seek help, according to the American Speech-Language-Hearing Association.

“For those who do seek help, it takes them, on average, seven to 10 years from the time they acknowledge they are having difficulty hearing to the time they come in for treatment,” says Gilfillan-Jones.

Gilfillan-Jones stresses that proper hearing aids can go a long way toward improving the quality of life for the hearing impaired.

“The most important thing for people to realize is that there is a hearing aid out there for almost everyone if they are willing to work with an audiologist to find it,” she says.