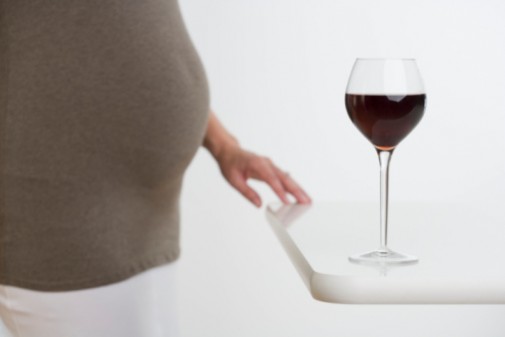 Previous studies hinted that a few sips of wine or beer shouldn’t be cause for alarm for pregnant women and their developing child, but new research warns pregnant women to steer clear from alcohol as no amount can be deemed safe.

Even light alcohol consumption during pregnancy is risky, according to the report released by the American Academy of Pediatrics. Researchers determined abstaining from alcohol is the best way to avoid or reduce the risks of physical, intellectual and emotional problems.

The research points to the fact that there are no known safe levels of drinking during pregnancy. This gray area is why it’s important not to indulge in any alcohol, according to the report. The study goes even further to suggest that women who are trying to conceive should abstain from alcohol entirely.

“Since it is extremely difficult to quantify a threshold either by volume or trimester that puts babies at risk, it is probably best to avoid altogether,” says Dr. Frank Belmonte, a pediatrician at Advocate Children’s Hospital in Park Ridge, Ill.

It is estimated that one in 10 women will drink while pregnant, according to the U.S. Centers for Disease Control and Prevention. That is defined as having one alcoholic beverage in 30 days. College-educated, middle-aged women are the sector with the highest frequency of drinking while expecting.

The study concluded that not all babies whose mothers consumed alcohol while pregnant will end up giving birth to newborns with health problems, but it strongly suggested avoiding alcohol for the full term of one’s pregnancy.

← What is BRA Day?
The dangerous side of dietary supplements →