Help children learn to be generous 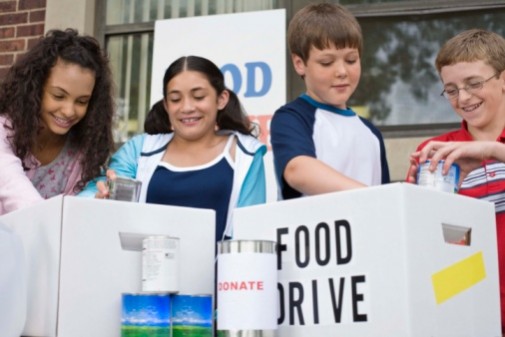 With the holidays quickly approaching, it’s a good time to start thinking about how to give back while teaching children to focus on others by developing a generous spirit.

A recent study may up the ante on the importance of teaching kindness and generosity to children. The University of Chicago found children from religious upbringing demonstrate less “altruism,” or kindness, than their non-religious peers.

“Our findings contradict the common-sense and popular assumption that children from religious households are more altruistic and kind toward others,” said Jean Decety, professor in psychology and psychiatry at the University of Chicago, in a news release. “In our study, kids from atheist and non-religious families were, in fact, more generous.”

A team of developmental psychologists studied more than 1,100 children 5 to 12 years old who resided in six countries. The researchers examined the children’s tendency to share, and how likely they were to judge others for perceived bad behavior.

During the study, children played a game in which they had the ability to share stickers. To gauge their moral sensitivity, the children watched animations of characters that bumped into one another and were asked the level of punishment required, if any. In addition to the children’s testing, parents also filled out questionnaires detailing their religious practices and beliefs. The families were characterized into three groups: Christian, Muslim and non-religious.

Regardless of religious beliefs, the Rev. James Christian, vice president of mission and spiritual care at Advocate Good Samaritan Hospital in Downers Grove, Ill., says the act of giving is part of children’s nature that can be nurtured.

“Parents lead by example through the ways they serve those in need,” says the Rev. Christian. “Faith communities and family values instill grateful living and giving rather than anxious self-centered insecurity, judgments that are charitable toward others and morals that do not engage in moralism toward others.”

The Rev. Christian suggests families get involved with a charity, volunteer at a local animal care center or donate food to a homeless shelter.

“These kinds of experiences provide an opportunity for children to think less about themselves and instead focus their energy on how good it feels to help others,” he says.

The Rev. Christian offers these family-friendly ways to serve others during the holiday season and throughout the entire year:

Websites such as volunteermatch.org can help identify local organizations that are in need of volunteers and donations.

← Study: Half of U.S. women gain too much weight during pregnancy
Could lowering current blood pressure target save lives? →