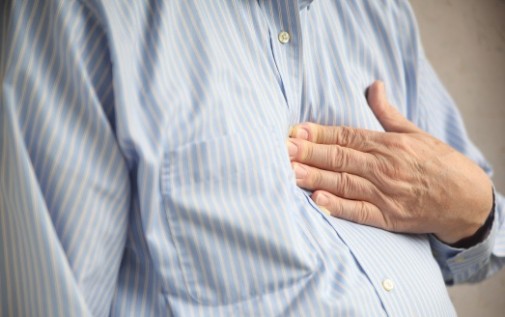 In just a few days, Thanksgiving will mark the start of holiday heartburn.

Some may nibble continuously while others may gobble a large meal. Either way, choosing the right foods and eating small meals may help beat the discomfort heartburn may bring.

Heartburn or indigestion is common, oftentimes caused by overeating certain foods or drinks that contain a high amount of spice, acid or caffeine. Those who frequently experience a burning sensation in their chest may also have a more serious issue called GERD.

GERD, or gastroesophageal reflux disease, is a chronic condition of the digestive system. For those with GERD, acids and other contents from the stomach frequently move back up out of the stomach and irritate the sensitive lining of the esophagus. Other symptoms include sour taste in the mouth and a feeling of a lump in the throat.

Dr. Kenneth Chi, a gastroenterologist at Advocate Lutheran General Hospital in Park Ridge, Ill., says the condition can be managed by changing eating habits, staying away from foods and drinks that trigger reflux and taking some over-the-counter medications.

He offers these four tips for managing GERD and heartburn:

← Your ‘Ask the Dietitian’ questions answered: Thanksgiving Edition
Is there a drug that can prevent HIV? →