Home / Fitness & Wellness / Myths cause many to skip the flu shot

Myths cause many to skip the flu shot 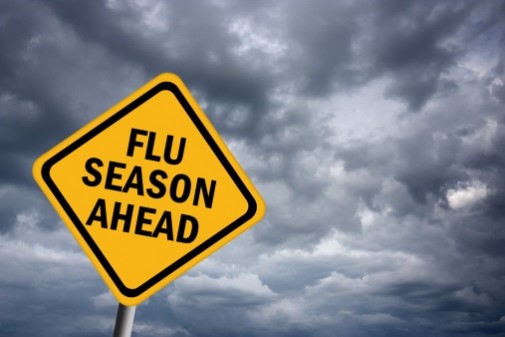 Flu season is underway, yet many people still haven’t gotten a flu shot. Now, a new survey looks at the reasons why.

According to survey results, people skip the flu shot for a variety of reasons. Nearly 50 percent of those surveyed believed it was unnecessary for them. Sixteen percent were concerned about side effects or risks, and another 14 percent worried that the vaccination could give them the flu.

The survey was part of a partnership between NPR and Truven Analytics, and included more than 3,000 adults across the United States.

“There seems to be a cultural belief that the flu isn’t that bad, but that’s dangerous thinking,” says Dr. Brian Yu, an infectious disease specialist with Advocate South Suburban Hospital in Hazel Crest, Ill. “Every year in the U.S., nearly 200,000 people are hospitalized for flu and tens of thousands die.

“While some individuals may be willing to risk the flu for themselves, their decision can also impact their community. A mild case of flu in a healthy adult can be transmitted to medically vulnerable people, including infants and young children, and cause them great harm.”

The U.S. Centers for Disease Control and Prevention recommends an annual flu shot for everyone over the age of 6 months, unless they are allergic to the vaccination. Last year, the majority of people over 65 got their flu shot, while only 33 percent of adults 18 to 49 years old received it.

According to the CDC, the most common reactions to the flu shot include soreness, redness or swelling at the injection site, a low grade fever or body aches that are typically resolved within a couple of days. Contrary to popular belief, it is not possible to get the flu from the vaccine.

“The flu shot is a very safe vaccine with little risk to the individual,” Dr. Yu says. “Frankly, the most common side effects of the shot pale in comparison to suffering through the flu and all of its symptoms. While the vaccine’s effectiveness does vary from year to year, it offers added protection even in its worst years. If you get the vaccine and still get the flu, your symptoms may be milder and your recovery easier.”

Some survey respondents also didn’t get the flu shot because they were worried about the cost of the vaccine.