How working from home can affect a company’s culture 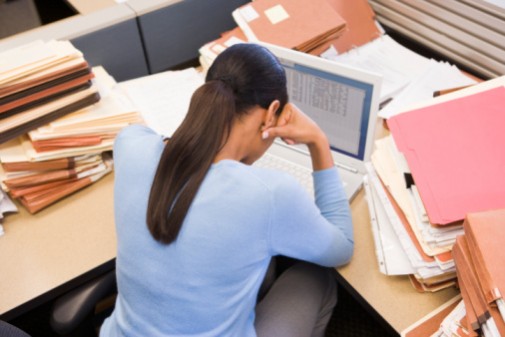 Telecommuting, also known as working from home, may create a lonely environment for the people who work in the office, according to a recent study.

Many businesses offer telecommuting as a work-life bonus, allowing employees to spend time with their loved ones and have more control of their schedules. Working from home also saves companies money and allows them to employ people who live far from the office.

The study, published in the journal Academy of Management Discoveries, surveyed a company with more than 600 people, asking them about their thoughts and feelings on both working at home and in the office.

The researchers found that employees who worked in the office ended up feeling lonely and isolated. And many of the employees who worked at home felt the same way and wanted to come into work because they needed social interaction. Due to the large number of telecommuters, they found themselves not having office lunches, hallway interactions with coworkers or small talk at the office.

“This is not a surprising finding,” says Dr. Chandragupta Vedak, psychiatrist at Advocate Good Shepherd Hospital in Barrington, Ill. “When we think of work, we often think of the paycheck as the only reward. In reality, the benefits of a job go well beyond compensation.”

“Telecommuting makes that all go away both for telecommuters and those left behind in the office,” he says.

Professor Kevin Rockmann, co-author of the study, suggested workplaces increase communication technology like email, instant messaging and video conferencing to make up for the lack of physical connectedness.

“Companies that permit employees to decide where they work should be aware that this practice can take on a life of its own and should make sure they have the means to bring teams together – in person and face-to-face – as often as needed,” said co-author Michael Pratt of Boston College, in the study’s news release.

← Can your social relationships increase your lifespan?
Infographic: How to choose a nutritious cereal →