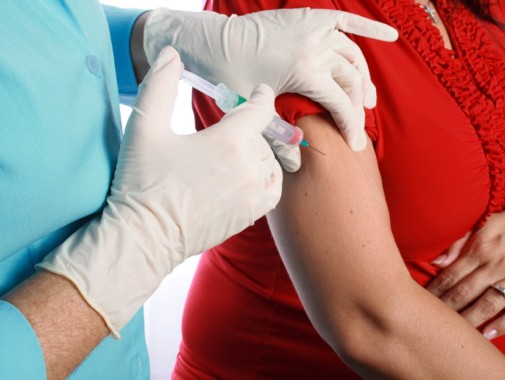 There is growing evidence that the flu shot is safe for pregnant women. Now, a new study says it’s possible a flu vaccine can protect against stillbirth.

Researchers from the University of Western Australia looked at data from more than 58,000 women and found that those who received the flu vaccine during pregnancy were 51 percent less likely to suffer stillbirth, defined as loss after 20 or more weeks of pregnancy.

Stillbirth is often devastating for women and their families. And although it affects only one percent of pregnancies in the U.S., that means approximately 24,000 infants are stillborn every year in America.

“All major public health organizations recommend the flu vaccine to pregnant women, as do I,” says Dr. Dorothy Anoina, an obstetrician on staff at Advocate South Suburban Hospital in Hazel Crest, Ill. “Research has shown it to be safe for people six months or older, including pregnant women. It’s such a simple intervention that can go a long way.”

According to the Centers for Disease Control and Prevention, pregnant women and women up to two weeks postpartum are at higher risk of complications from the flu than women who are not pregnant. The flu also poses increased risk of premature birth and other risks to the unborn baby.

Dr. Anoina says that she’s had pregnant patients contract the flu and end up in the Intensive Care Unit.

The researchers noted that recent trends have shown the rate of stillbirths often rises after flu season and falls just before it. Although their study showed a correlation between the flu vaccine and lower risk of stillbirth, further research needs to be done to determine exactly how one affects the other.

“Preventive care is vital for a healthy pregnancy, including vaccination, especially if it may provide at-risk populations with added protections,” says Dr. Anoina. “This year’s flu season is lasting longer than usual, so it’s not too late to get your flu shot.”

← How your brain changes when you’re on no sleep
Runners: Exercise caution before hitting pavement →