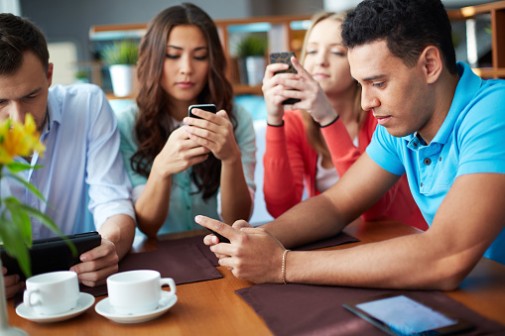 “I tried giving up Facebook, but I was back on in a week.”

Chances are you’ve heard someone say that phrase in the last few months, and they are not alone in the feeling that it’s challenging to quit using the social media site.

To determine why it’s so hard to stay off Facebook, Cornell University researchers looked at data from 99 Days Of Freedom, “an online study on how life without Facebook impacts user happiness.” The study encouraged users to go 99 days without Facebook. Over the course of the 99 days, users are sent surveys and invited to share how they are doing on days 33, 66 and 99.

After analyzing the survey responses, researchers found four common themes as to why people returned to Facebook before the 99 days were up. Reasons included:

“Increasingly, we hear our patients talk about being ‘addicted to Facebook,’ says Dr. Joanne May, director of behavioral health services at Advocate Illinois Masonic Medical Center in Chicago. “Of course this is a significant concern if the time spent online interferes with work, academic performance or relationships with friends and family.”

For those who want to take a break from Facebook or simply reevaluate the role it plays in their life, Dr. May suggests these tips:

“’Facebook Disorder,’ although not a bonafide diagnosis in the lexicon of psychiatric conditions, can become an obsessive activity and cause of concern,” says Dr. May. “Like drinking alcohol or playing video games, Facebook activity can be enjoyable in moderation. After all, it is an online community of friends. However, in excess, the activity can limit your in-person contact with friends and family and interfere with performance at work and home.”