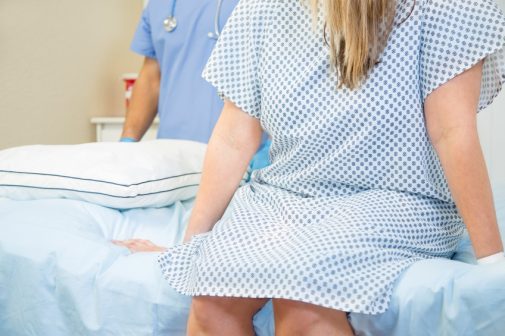 Annual pelvic exams may no longer be recommended.

That’s because last week, the U.S. Preventative Services Task Force determined they are lacking evidence necessary to either recommend a continuation or a cessation of routine pelvic exams for asymptomatic, non-pregnant women. The task force says it is unclear whether the exams improve quality of life and are looking to researchers for more information.

While some doctors say pelvic exams help detect ovarian cancer in its early stages, others argue that no data shows the cancer has been detected in asymptomatic women. Others feel that while a pelvic exam may detect growths such as uterine tumors, patients would experience symptoms before the tumors would be discovered in an exam.

But other physicians disagree and say that pelvic exams may also detect additional conditions like a prolapsing uterus, meaning the muscles holding the uterus are weakening, or the diagnosis of endometriosis, a debilitating disorder characterized by the abnormal growth of cells from the uterine lining on other internal body structures.

“Myriads of diseases and infections have been diagnosed after a gynecologist conducted a pelvic exam,” says Dr. Helen Nikolas, an obstetrician and gynecologist at Advocate Christ Medical Center in Oak Lawn, Ill. “The benefits, while difficult to quantify in a study per se, outweigh the risks of an annual pelvic exam.”

Dr. Nikolas says that discontinuing visits to OB/GYNs for annual pelvic exams may harm more than a woman’s reproductive health.

“An OB/GYN is often the primary health care provider for women; many will identify this physician as the only one they see. If women were told that a pelvic exam is no longer necessary or covered by insurance, they would interpret that as meaning that a doctor’s visit is not needed annually. Women’s health would suffer catastrophically if annual pelvic exams were no longer performed.”

Dr. Nikolas urges that an annual trip to the gynecologist is more than just a pelvic exam. It is a patient’s opportunity to be educated regarding her health. She says such exams may include, but are not limited to, conversations regarding:

While the American Congress of Obstetricians and Gynecologists is reviewing the draft recommendations, they continue to recommend routine pelvic examinations for women 21 years of age and older.

The task force plans to collect feedback through July 25 and will then issue final recommendations.