Home / Behavioral health / Your lazy habit has a price tag

Your lazy habit has a price tag 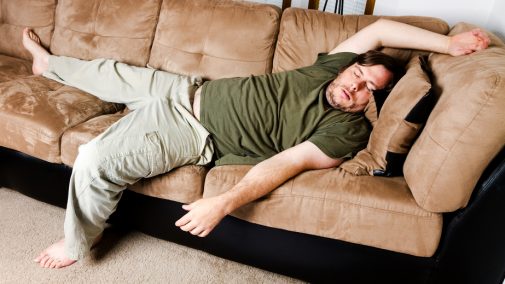 Do you sit in an office chair or on your couch for eight or more hours a day? New research shows that sitting for hours on end is not only taking a toll on our health, but our wallets as well.

In fact, physical inactivity cost the world $67.5 billion in 2013, according to a study from the University of Sydney, Australia.

Researchers analyzed data from 142 counties that make up 93 percent of the world’s population. They focused on the direct cost of health care and the indirect costs, such as lost productivity associated with coronary heart disease, stroke, type 2 diabetes, breast cancer and colon cancer. They also took into account other factors that can influence health such as socioeconomic status, co-occurring diseases and other risk factors.

The study revealed that physical inactivity costs $54 billion in direct health care and $13.7 billion in productivity losses. However, Ding notes that the actual cost is likely much higher because her team only calculated five major non-communicable diseases.

“One way to think about this giant number is that this is the cost of inaction. Every year around the world, the governments, private sectors and households are paying a fat bill for physical inactivity,” said Ding. “We need to urge the governments to take immediate actions to invest in physical activity and make physical activity a priority on the prevention agenda. An ounce of prevention is worth a pound of cure.”

This high price of inactivity equates to 69 percent of adults reported as overweight or obese, according to the American Heart Association (AHA). Technology, better mass transportation, increased sedentary jobs and longer work hours have led to this high level of inactivity, the AHA reports.

Dr. Allen Mikhail, a bariatric surgeon at Advocate Good Samaritan Hospital in Downers Grove, Ill., says long-term sedentary lifestyles, coupled with consumption of too much high calorie, low-nutrient food can lead to weight gain and increase your risk of chronic conditions and diseases.

“The benefits of exercise extends beyond weight management by improving your quality of life. Regular exercise of just 30 minutes a day can reduce your risk of several diseases and chronic conditions such as heart disease, stroke, high blood pressure, type 2 diabetes and depression,” says Mikhail.

In order to move more and offset the negative toll that sitting has on your health, Dr. Mikhail suggests the following tips:

In addition, a new study published in The Lancet says that at least one hour of physical activity per day, such as brisk walking or cycling, may reverse the negative effects of sitting for eight hours a day.

← Does your birthday affect whether or not you’ll have allergies?
An upsetting trend for children who don’t get enough sleep →