Is your coffee addiction genetic? 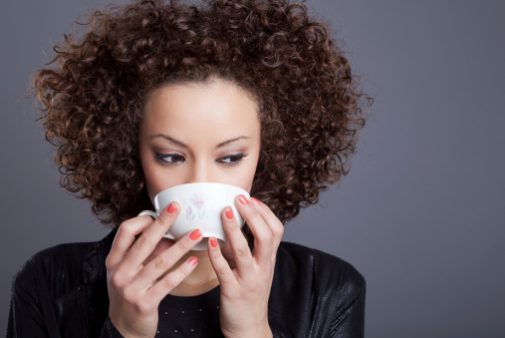 For many, the day does not start until a cup of coffee is in hand. After all, it is the best part of waking up!

But whether you are set with a single morning cup of Joe or require multiple lattes to get through the day, you can now blame your coffee habit on your DNA, according to a new study.

As part of the study, researchers from the University of Edinburgh in the UK analyzed genetic data and daily coffee consumption information from more than 1,200 people in Italy. They found that those with a gene variant in their DNA, called PDSS2, tend to drink less coffee than those without the variant – approximately one less cup per day.

The findings suggest that the gene variant reduces the body’s ability to break down caffeine, causing it to stay in the body longer and ultimately quenching the urge for another cup of coffee.

The study was replicated with a group of over 1,700 people in the Netherlands, yielding similar results.

“The results of our study add to existing research suggesting that our drive to drink coffee may be embedded in our genes,” said Dr. Nicola Pirastu, a chancellor’s fellow at the University of Edinburgh’s Usher Institute in a press release. “We need to do larger studies to confirm the discovery and also to clarify the biological link between PDSS2 and coffee consumption.”

Regardless of the gene variant, it is important to drink coffee and other caffeinated beverages in moderation.

“While there are noted health benefits associated with coffee, it has been found that excessive consumption of caffeine can lead to side effects such as insomnia, nervousness and irritability,” says Dr. Alvia Siddiqi, a family medicine physician and medical director at Advocate Physician Partners. “Everyone is different, but generally, we do not recommend more than 1-2 cups of caffeine a day.”

← Why an elimination diet might be right for you
Why doesn’t anyone recognize Clark Kent as Superman? →