Home / Stories of the Girls / Can the Mediterranean diet reduce your risk of breast cancer?

Can the Mediterranean diet reduce your risk of breast cancer? 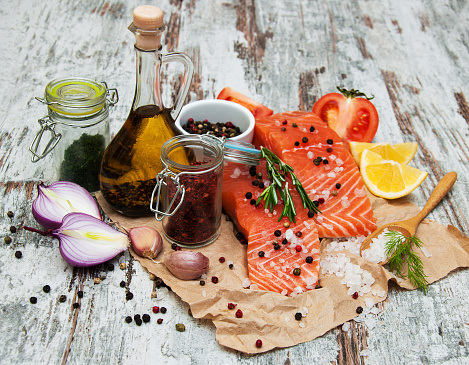 Eating a Mediterranean diet supplemented with extra virgin olive oil may lower a woman’s risk for breast cancer, according to one study.

Women eating a Mediterranean diet plus extra virgin olive oil showed a 68 percent relatively lower risk of malignant breast cancer than those allocated to the control diet, while women eating the diet supplemented with nuts showed a non-significant risk reduction compared with the control group.

“The Mediterranean diet would likely promote benefits due to the emphasis on plant foods, which is congruent with the guidelines from the American Institute for Cancer Research,” says Nancy Rodriguez, dietitian at Advocate Sherman Hospital in Elgin, Ill. “Such a diet likely promotes a healthy weight, and there is probable evidence with a healthy weight and reduced risk of breast cancer.”

The study was conducted within the framework of the Prevencion con Dieta Mediterranea trial, which was designed to test the effects of the Mediterranean diet on the primary prevention of cardiovascular disease. It included 4,282 women who were an average age of 67.7 years old.

Researchers identified 35 new cases of malignant breast cancer, and concluded that the results need to be confirmed by long-term studies involving a higher number of incident cases.

“While it cannot do any harm to follow a Mediterranean diet with extra virgin olive oil, there is not enough evidence to say it reduced breast cancer risk,” says Dr. C. Yeshwant, an oncologist at Advocate Sherman Hospital in Elgin, ill. “It is a feel-good study, but it will not be that easy, as future studies will have to be well conceived with a large number of complaint patients and long-term follow-up.

“It’s important to keep in mind that research lacking does not equal no potential benefit,” she says. “A Mediterranean diet through epidemiological studies shows correlations with reduced risk of disease, and likely with time, we will see a cause and effect with breast cancer.”