Alarming increase in number of children poisoned by opioids 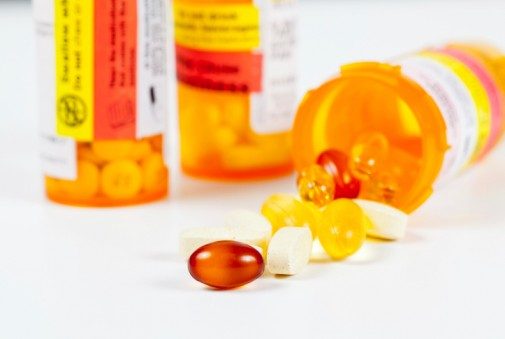 As opioid prescriptions rose sharply in the U.S., so did the number of children and teens poisoned by them. That’s according to a new study published in JAMA Pediatrics this week.

As part of the study, researchers from the Yale School of Medicine analyzed pediatric hospital discharge records from 1997 through 2012 and found 13,052 patients ages 1 to 19 were poisoned by prescription opioids. Of those, 176 died. Even more troubling, of the children who received emergency treatment, the numbers more than doubled between 1997 and 2012.

In many cases, especially among the youngest children, the poisonings were the result of exposure to prescriptions intended for adults. Dr. Adam Rubinstein, an internal medicine and addiction medicine physician at Advocate Condell Medical Center in Libertyville, Ill., says adults must be vigilant about not leaving their prescription drugs within easy reach of children.

“When physicians prescribe any controlled substance, they should at the same time tell patients they expect them to purchase a lock box or safe to store them in,” Dr. Rubinstein says. “They should not share the key or combination with anyone.”

Dr. Rubinstein says proper disposal of prescription medication is equally important. In Lake County and some other parts of Illinois, people can drop off prescription opioids in drug collection boxes located at police departments and Walgreens stores.

Most of the drugs dropped into these collection boxes are from people who no longer need the medication they were prescribed or from those who had family members who passed away with unused prescriptions.

“Disposing of prescription medications when they no longer are needed is crucial,” Dr. Rubinstein says, noting when leftover prescriptions remain in a home, children can find them.

The researchers found the largest percentage increase of prescription opioid poisonings among the youngest group of children between the ages of 1 and 4. In this group, the incidence rate rose 205 percent.

Adolescents in the 15 to 19 age group had the highest incidence of poisonings overall for each of the years studied. In this group, poisonings rose 176 percent. The teens primarily were hospitalized because they took opioids in an attempt to commit suicide, or they misused or abused the drugs and overdosed.

Overall, the number the number of children ages 1 to 19 hospitalized for prescription opioid poisonings rose 165 percent over the course of the 15 years studied.

The researchers concluded that more resources need to be directed toward addressing opioid misuse and abuse during adolescence. As for clinicians who prescribe opioids to children who suffer with acute or chronic pain, the researchers believe national clinical practice guidelines that include pediatric-specific recommendations are urgently needed.

Parental education, policy initiatives and consumer-product regulations also are needed to reduce children’s exposure to opioids, the researchers say. Dr. Rubinstein agrees, noting that more can be done to improve childproof packaging, and more needs to be done to educate physicians on properly prescribing opioids. From 1999 to 2010, retail sales of prescription opioids quadrupled, according to the study.

“If we would stop prescribing opioids as if they were just Tylenol, we wouldn’t have as many children dying,” Dr. Rubinstein says.

← Is hot sauce good for your health?
Risk for this diagnosis rises with daylight saving time →