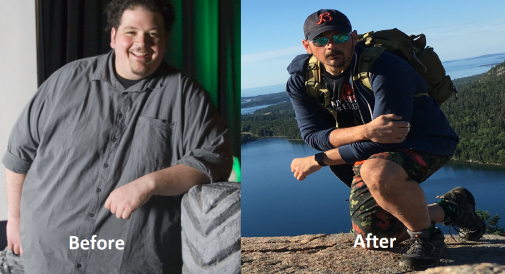 A little less than two years ago, I was a completely different person. I was a successful human with all the things an almost-40-something would normally have, but I couldn’t see a future. I realized that the things I wanted do, the places I wanted to see, and the future I wanted to make were out of reach because of my size.

Almost 18 months later and 200 pounds lighter, I’m fueled with the knowledge that I can do anything. This is an amazing gift and something I worked at and found myself…with an awful lot of help.

It all really started with breaks. What do I mean by breaks? Well, I run a workshop with high-energy artists and craftspeople. I have always been the center of the shop, pushing hard to get everyone else to do the same. My first inclination that something needed to change was when I couldn’t lead the shop the way I once did. I was taking longer and longer breaks, sitting and watching instead of being at the front of the work. It might seem trivial to many people – the fear of a longer break – but it was really important to me and the work I do.

Now, a lot of people have tried to lose weight, and I’m certainly one of them. It’d be hard to list out all the things I’ve tried and how many times I’ve tried them. For me, the difference this time was that I was completely ready to make the change. Until I was committed, the countless other diets and exercise fads didn’t work because I wasn’t ready. But since I was now ready, I asked around. A few of my friends had lost a lot of weight non-surgically, and I sought them out. Two of them had found success with the Advocate Weight Management program – and one of them was going to clinics just down the street from where I live, at Advocate Lutheran General Hospital in Park Ridge, Ill. So I made up my mind, made the call, and went to the orientation.

I thought I’d save you all the boring details of what happens at the clinic – there’s lots of chatting, lots of tasting, and lots of weighing and measuring! – and tell you what I learned about change.

First and foremost, change is completely possible. It’s something that we’re doing every day in tiny increments. I think there are a lot of people who say nothing ever changes, but I think that’s nonsense. If you think about who you were five years ago, or ten years ago, you’ll realize it’s true. All living things grow and evolve and change – I do, you do, everything does. Before I started the program, I thought I was always going to be the fun-loving fat guy who could out eat and drink everyone. I never believed – in my heart – that I could be anything else. The Advocate Weight Management Program let me meet people that had changed their paths radically. And over time, I began to evolve my thinking about change. We’d sit and talk, and laugh, and cry, and this was so defining for me – catharsis is the best way for people to change.

The second thing I learned was that change doesn’t happen alone. Any substantive thing you do requires support. In the program, there were a lot of smart people that helped guide me and advise me, but it was more than that. I knew – intellectually – that in the moment, pizza might taste better than a lean steak and some spinach. But the trainers and mentors in the program helped me understand and really believe that the abilities of my “new” body and the potential of a healthier lifestyle would taste infinitely better than the pizza. For the record, I do eat a piece of pizza from time to time! The people who worked in the program became really important – not really friends – but colleagues and teammates. I felt accountable to them and wanted to work harder because of them. So many times, I stopped myself from “eating my feelings” or skipping a workout because I felt like I’d be letting my team down. It’s not pressure, it was support. The program also made me realize the importance of working with ‘your people.’ I was kind of embarrassed about joining at first and planned to keep it a secret. But very early on, I realized that sharing my hard work, my plan, and my results was really important to succeeding.

So here I am now. Two hundred or so pounds lighter and completely changed outside and in. I’ve seen some of the most remote and beautiful places in the world.  I’ve made things that I never knew I could. And most importantly, I’m living with the knowledge that anything is possible. This is a really powerful thing to have inside me, especially knowing it’s something I did for myself… with lots of help! 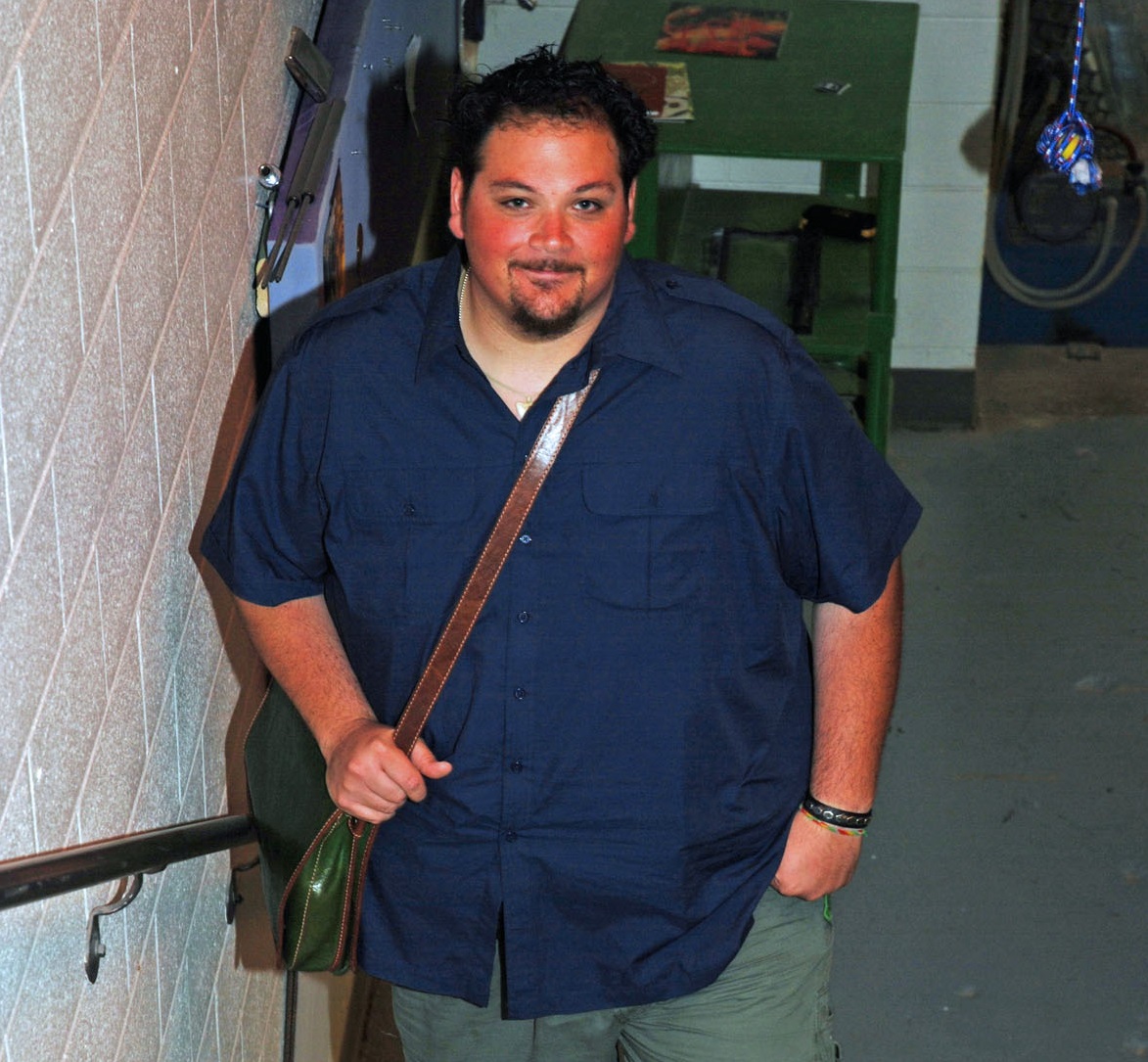 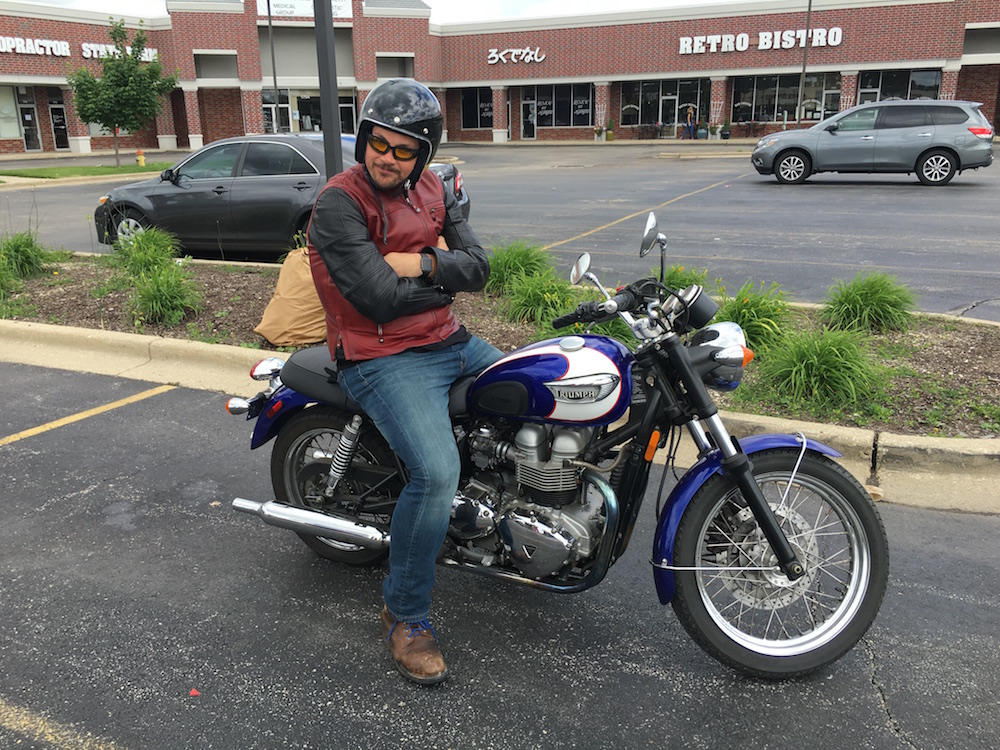 ← Suffer from hot flashes? This might be the key to relief
How to keep your dancer healthy →

Anthony Churchill is a theatre designer. He joined Advocate Weight Management Program two years ago and lost around 200 pounds on his journey to be healthier. In his free time he likes to build sculptures of tiny astronauts in peril and plays projections with his band, Grape Juice Plus.