Home / Primary Care / Does your cough indicate more than just a cold?

Does your cough indicate more than just a cold? 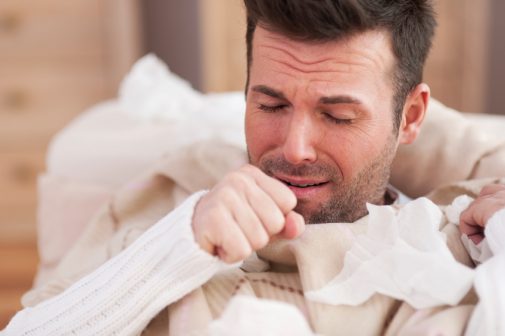 You’ve likely been there before. You’ve got a nagging cough that you can’t seem to kick. But what does it mean?

While a cough is generally just an indicator that you have the common cold, it could indicate other potential illnesses as well.

“The most common cause for an acute cough, one that lasts less than three weeks, is a respiratory tract infection,” says Dr. Jose Elizondo, a family medicine physician at Advocate Illinois Masonic Medical Center in Chicago. “A chronic cough, or a cough that lasts longer than three weeks, is most often caused by post nasal drip (allergies), asthma and gastroesophageal reflux (GERD).”

While a “cold” is the most common type of respiratory tract infection, other causes for an acute cough could include chronic obstructive pulmonary disease, pneumonia or pulmonary embolism, says Dr. Elizondo. Smoking, cancer and medications like ace inhibitors, which are used to lower blood pressure, could also be causes for a prolonged chronic cough.

So how can you tell if it’s just a cold or something more serious?

“A cold, or upper respiratory tract infection, has other signs and symptoms, such as runny nose, sneezing, sore throat, possible fever and feeling tired,” says Dr. Elizondo. “More serious symptoms would be shortness of breath, pain in your chest every time you cough, coughing up phlegm that is dark in color or blood-tinged and a high fever. A cough’s duration can also give an idea as to its cause. You should consult a physician if you experience these more serious symptoms or have a cough lasting longer than three weeks.”

To help cure your cough at home, Dr. Elizondo recommends breathing in steam from a hot shower, limiting talking, using a vaporizer in the bedroom and taking over-the-counter cough syrup with the ingredient dextromethorphan. And, if you have known allergies, taking antihistamines like loratadine can help.

← Are your kids waking up too early? This may be the answer
Is breakfast really the key to your weight loss? →