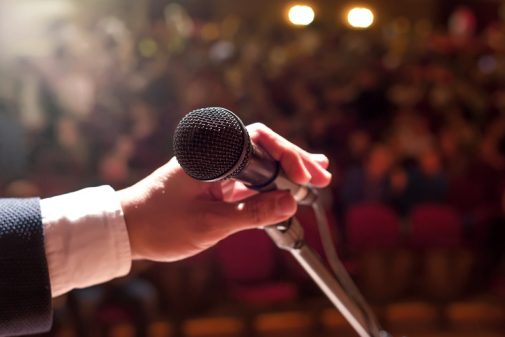 Last month, singer Michael Bublé took to Facebook to announce his oldest son, Noah, was diagnosed with cancer. Although he did not specify what type or stage, sources have confirmed the three-year-old is currently undergoing treatment for liver cancer, which is relatively rare among children.

“[My wife] and I have put our careers on hold in order to devote all our time and attention to helping Noah get well,” Bublé wrote. “At this difficult time, we ask only for your prayers and respect for our privacy. We have a long journey in front of us and hope that with the support of family, friends and fans around the world, we will win this battle, God willing.”

According to the National Cancer Institute, more than 40,000 children undergo treatment for cancer each year. The Pediatric Hematology/Oncology Division at Advocate Children’s Hospital, one of the largest programs of its kind in the Midwest, had more than 8,000 admissions in 2015.

Unfortunately, childhood cancer research is vastly and consistently underfunded, according to the Journal of American Medical Association.

“Although we have done well—curing over 80 percent of all kids diagnosed—we need to raise awareness, raise funds for research and do everything in our power to bring this number to 100 percent. The time is now—talk about it, support it and let’s cure it,” Dr. Canner says.

When it comes to pediatric cancer, it doesn’t discriminate–it has the ability to affect all age, ethnic, gender and socio-economic groups. Though the patients may be tiny, the fight within them is enormous. Check out some of Advocate’s Inspiring Kids to learn more about their stories.

← What’s the best thing to say to someone who is depressed?
How to stick to your diet at Starbucks →