Home / Behavioral health / Have you ever heard of water intoxication?

Have you ever heard of water intoxication? 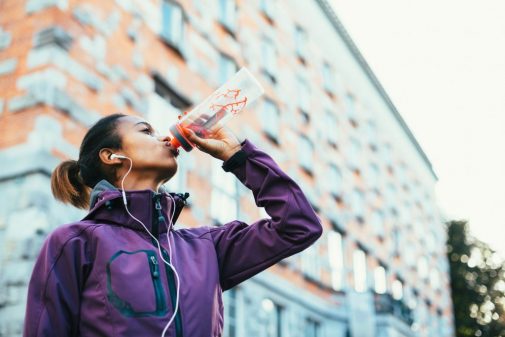 We’ve all heard the saying ‘water does the body good.’ And while health authorities generally recommend eight 8-ounce glasses per day, most Americans still don’t drink enough. But with the emphasis on drinking more water, did you know that drinking excessive amounts of water can also be bad for you – and sometimes even fatal?

It’s true – death from consuming too much water is known as water intoxication. While rare, it is a condition seen mostly in athletes who may over-hydrate when training or during competition.

Water intoxication happens when water dilutes the salt levels in the blood. As a result, water can escape blood into surrounding areas in the body, a condition known as hypernatremia. When the brain is affected, it begins to swell, and symptoms range from confusion to nausea, and in extreme cases, seizures. Without proper treatment, brain stem herniation can occur, which can be fatal.

“While very rare, I’m aware of cases of hyponatremia among runners and endurance athletes,” says Steven Allen, fitness director at Advocate Condell Centre Club fitness center. “The chance of water intoxication can be reduced if a person’s water intake does not significantly exceed their losses through perspiration.”

Others at risk include those who have compromised kidney function and take diuretics.

As for athletes, Allen advises it’s best to drink water before you start to feel thirsty. And remember, there is no science proving overhydrating improves performance, so while it’s important to be properly hydrated, don’t overdo it.