Home / Behavioral health / Could this meal be the key to your weight loss plan?

Could this meal be the key to your weight loss plan? 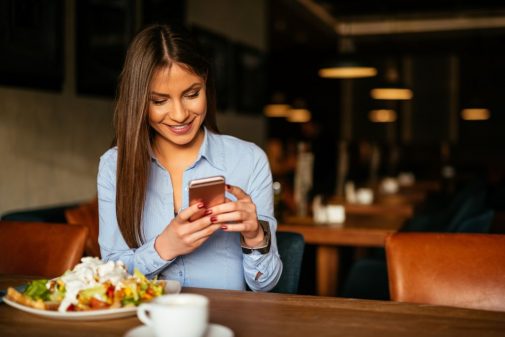 Instead of packing a salad for lunch, you may want to consider eating a larger meal midday. That’s according to one study published in the American Journal of Clinical Nutrition, which found eating the majority of your calories during the day helped with weight loss.

Researchers recruited 80 overweight and obese women between the ages of 18 and 45 and split the participants into two groups. One group of women ate their biggest meal of the day (50 percent of their daily calories) at lunch, and the other had their biggest meal at dinner.

The study took place over the course of 12 weeks. In addition to counting calories, the women followed diets that were high in carbs and low in saturated fat. Specifically, 17 percent of their calories came from protein, 23 percent from fat and 60 percent from carbs.

The women were also asked to exercise for 60 minutes five days a week.

The researchers hypothesized that the reason the lunch group dropped more weight was because their fasting insulin levels were lower compared to those who ate a majority of their calories at night.

“When deprived of adequate energy during the day, physiological cues to eat in the evening may be very strong,” she says. “So many of us walk in from work and immediately head for the refrigerator, pantry or the kids’ leftovers. We typically consume more calories from chips than if we just ate dinner.”

Zawila says the best approach to weight loss is to eat well throughout the entire day, instead of drastically under consuming during the daytime, and focus on eating less at dinner.

“We should focus on keeping our dinner portions reasonable and aiming for good balance at all meals. There is always the possibility of making lunch heavier and still having trouble controlling portions at dinner, which could lead to weight gain instead of weight loss,” says Zawila. “To make this work in real life, a person would have to practice really good self-awareness of their eating habits and portions. They would likely benefit from keeping a food log to track their success.”