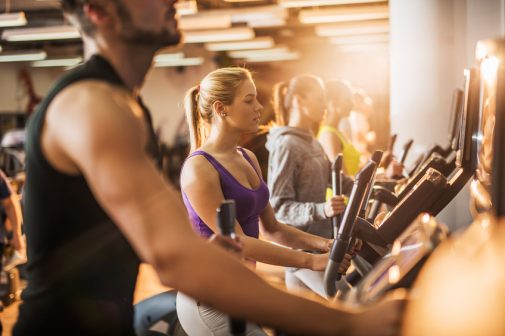 Oh, where does the time go?!

Monday is, of course, reserved for The Bachelor. Tacos inevitably take over Tuesday. And by Wednesday, it seems wise to delay exercise until the weekend, when, you know, there are actually hours in the day. But does squeezing a week’s worth of physical activity into just a session or two really work?

One thing is clear: compared to no exercise at all, weekend workouts definitely pay big dividends.

The study, which included self-reported workout habits of over 63,000 adults in England and Scotland, revealed some even better news for those who aren’t exactly exercise enthusiasts.

“A particularly encouraging finding was that a physical activity frequency as low as one or two sessions per week was associated with lower mortality risks, even in the insufficiently active,” study authors wrote, meaning those who don’t get the recommended number of minutes.

That is to say, a little bit of exercise can make a big difference.

However, experts caution that the route of the weekend warrior may not be the best to follow.

“The main concern in shifting your training that way is the risk of overuse injury,” says Dr. Philip Skiba, director of sports medicine at Advocate Health Care. He says sprains, strains, runner’s knee and Achilles tendonitis are common culprits for weekend warriors. “While you may get some fitness benefits from a big weekend, you’re running more of a musculoskeletal risk than you would otherwise.”

Both Dr. Skiba and study authors suggest there are more benefits to being regularly active throughout the week. (Sorry, Nick Viall!)

But if Saturday rolls around and you haven’t exercised yet, there’s still good reason to put on your gym shoes.