Home / The Advocate Nurse / Mary Tyler Moore passes away at 80

Mary Tyler Moore passes away at 80 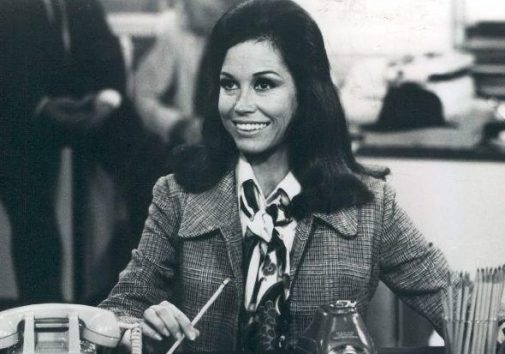 Mary Tyler Moore was an iconic American actress, but perhaps her most important role was that of an advocate. Diagnosed with Type 1 diabetes at 33, she was open about her health struggles and served as the international chair for the Juvenile Diabetes Research Foundation for more than three decades.

Moore died on Wednesday, January 25 at the age of 80. According to her family, her death was caused by cardiopulmonary arrest after contracting pneumonia.

Moore first rose to fame in 1961 with a role on the Dick Van Dyke show. Nine years later, The Mary Tyler Moore Show debuted, in which she played a single, career-minded woman in Minneapolis. Her show pushed the boundaries of modern television, presenting a strong female character not solely focused on love or family.

Off-screen, Moore was equally as bold, receiving her diabetes diagnosis in the early years of her hit sitcom, and quickly stepping forward as a public face of the disease. She was a passionate advocate who testified before Congress, served as a public face for the diabetes community and shared her very personal journey with the disease openly in interviews and memoirs.

“Every year, 1.4 million Americans are newly diagnosed with diabetes,” says Pamela Kontos, a diabetes nurse practitioner on staff at Advocate South Suburban Hospital in Hazel Crest, Ill. “When personalities like Moore share their stories with the public, it can help decrease stigma and heighten awareness of symptoms, which helps prevent the potentially devastating complications. Thanks to Moore’s advocacy over the years, more people understand what Type 1 diabetes is, and that’s valuable for people living with it.”

Type 1 diabetes, previously known as juvenile diabetes, is usually diagnosed in children and young adults. However, we now know that it can be diagnosed at any age.  It is an autoimmune disorder and occurs when the pancreas stops producing insulin – a hormone that helps the body store and use glucose. Only 5 percent of people with diabetes have Type 1. It cannot be prevented, and there is currently no cure.

Complications of Type 1 diabetes can include eye disease, kidney damage, nerve damage, limb amputation and increased risk of heart disease and stroke. Some reports claim Moore suffered complications with her kidneys and eyes in her final years.

“A Type 1 diagnosis at a young age can be devastating,” says Kontos. “However, with proper education and management, people with diabetes can lower their risk of complications and lead a full, healthy and productive life, as Moore so boldly demonstrated.”