Home / Blog / How I lived to tell my heart attack story

How I lived to tell my heart attack story 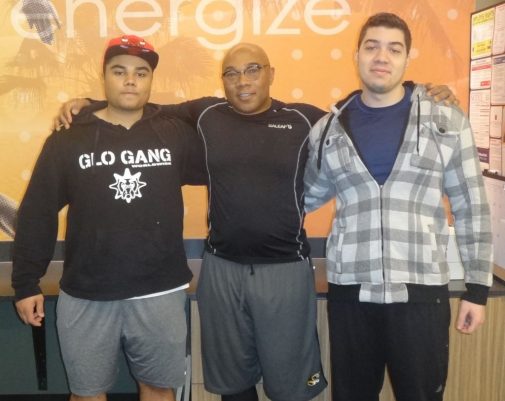 According to my Fitbit, I had just completed an eight mile run in under 80 minutes, a new personal best. But, thirty minutes later, I was on the phone talking to a 911 operator as I felt an unfamiliar tightening in my chest. Four minutes after that, the emergency medical technician was giving me the option of going to the emergency room or staying home since my electrocardiogram (EKG) registered as acceptable. I decided to go to the hospital any way since I lived alone. As the driver was taking me to the hospital, I wondered why my heart was still hurting and why my voice became subdued.

After an initial round of tests, the emergency room doctor said I would be going home soon. Even though the acute pain in my chest had decreased some due to the nitroglycerin received, my discomfort continued in my chest. Eventually, the doctor sat down and told me my troponin levels indicated an artery was clogged. I was beside myself with this horrible news—simply astonished and starting to get really scared. Since I ran regularly and had a fairly healthy diet, it was hard for me to conceive that my arteries could be clogged up.

Immediately after our conversation, I was admitted to the hospital. I was told I would undergo a cardiac catheterization in the morning, and if applicable, an angioplasty procedure would be performed, too.

Come 2 a.m., I still couldn’t believe my 47-year-old heart needed help. My tears slowly swelled, and I wondered when all of this would this be over. The ICU staff and the attending cardiologist took good care of me that night and assured me that everything would be fine.

I met my interventional cardiologist, Dr. Bruce Greenspahn, prior to my procedure. We spoke about what would happen, and he answered my questions. About an hour or so after my procedure, my pain had vanished completely. Words cannot describe how good it felt to no longer fear my demise was imminent. I followed up with Dr. Greenspahn soon after my procedure; he said the blockage was cleared, and he expected me to make a full recovery. My other arteries were in good condition, but he wrote a prescription for me to undergo cardiac rehab.

Initially, I was underwhelmed with the thought of going to 12 weeks of rehab, but now I’m grateful for that opportunity. The cardiac rehab therapists were instrumental in the following: 1) guiding me back to an optimal exercise routine, 2) inculcating me with concise information concerning heart smart decision making, and 3) providing an atmosphere of infectious comradery.

Some people who suffer a heart attack will not live to tell their story—that fact is rather sobering. A heart attack is a traumatic event and takes an emotional toll on you, too. I sought the help of psychiatrist Dr. Bernadette Mietus Stevenson, another highly skilled doctor who addressed my emotional needs during the recovery. This helped me stay on track for a faster recovery too. I’m thankful for Advocate Lutheran General Hospital because they are a hospital that employs medical practitioners who not only treat what is ailing you, but also truly care about your whole well-being.

← Infographic: 5 drinks that can help you burn fat
3 tips for a healthy digestive system →

Anthony Proctor’s cardiac arrest occurred on Aug 2nd, 2016. He is thankful for the preeminent action taken on that day to restore him to good health. Today he has return to all of his former activities, including exercising with his favorite partners, his two sons. In his spare time, he also enjoys cooking Thai food, tending to his orchid garden, and doing artistic projects. He resides in the NW suburbs and works in financial analysis.