Home / Behavioral health / Understanding sleep paralysis and what causes it

Understanding sleep paralysis and what causes it 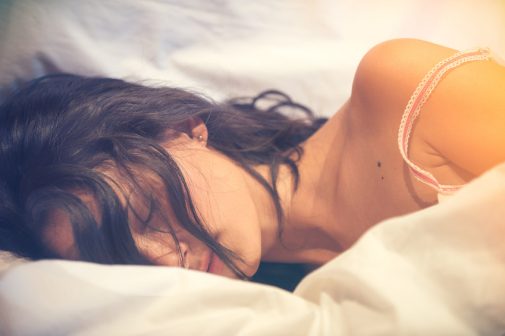 Have you ever heard of sleep paralysis? If you’re a fan of the reality show Keeping Up With the Kardashians, the issue was brought to the forefront on one episode focused on Kendall Jenner.

So what is sleep paralysis, and what causes it?

“Isolated sleep paralysis is essentially rapid eye movement (REM) sleep intruding into wakefulness,” says Matt Balog, a pediatric clinical sleep educator at Advocate Children’s Hospital in Park Ridge, Ill. “During REM sleep, most of our muscles become paralyzed. This temporary paralyzed state is a good thing, as having the ability to move during REM sleep can cause physical injury to you or your partner. But an episode of isolated sleep paralysis can be extremely frightening, as a person cannot move, and some accessory breathing muscles may still be paralyzed so breathing is more difficult than usual, as well.”

Balog also says these episodes may include some auditory and visual hallucinations. But the hallucinations are products of REM sleep and not generally a sign of any psychiatric disorder.

And other research has revealed that for young adults who have an anxiety disorder, 20 percent may experience an isolated episode.

So what can someone experiencing sleep paralysis do?

“In most cases, isolated sleep paralysis is provoked by fragmented sleep, sleep deprivation, excessive sleepiness, stress, an irregular sleep-wake schedule or as a result of another sleep disorder,” says Balog.

Because of this, it can be helpful for someone who experiences an episode to examine their sleep habits. “Basic sleep hygiene and relaxation techniques can help lessen the frequency of these events,” he advises.

Balog says generally speaking, someone should not be concerned if they have experienced an episode or two of sleep paralysis. But if the episodes are happening frequently and are accompanied by auditory or visual hallucinations on a regular basis, you should see a sleep professional.

← In life, timing is everything
How big a risk do Advil and Aleve pose for your heart? →