Home / Patient Stories / “If it wasn’t for the CT scan, who knows what would’ve happened”

“If it wasn’t for the CT scan, who knows what would’ve happened” 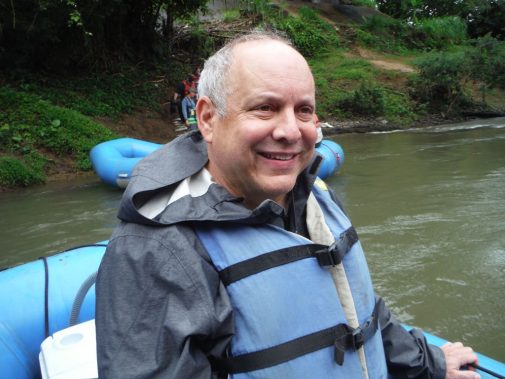 For two years, David adhered to a strict 6-day workout regimen consisting of 30 minutes of cardio followed by weight lifting and benching up to 200 pounds. At 61-years-old, he felt like he was in great physical shape.

But when his brother-in-law, Dr. David Oppenheim, a pediatrician at Advocate Condell Medical Center, called to tell him about the $49 CT Scan offered at Condell and the other Advocate Health Care hospitals, everything changed. Dr. Oppenheim had unexpectedly lost a friend to a heart attack and was urging his family, friends and community to take advantage of the offer.

David went in for the scan as a favor, but he received a phone call that night with the news that his score was over 1200 – off the charts high – and he needed to schedule an appointment with cardiologist Dr. Maher Nahlawi immediately. He was floored.

In order to more fully assess the situation, David underwent a nuclear stress test where they confirmed the artery blockage and found that his lower heart was not getting enough blood.

They proceeded by booking an angiogram, and during the procedure they found the blockage was more severe than expected, affecting five arteries. A few days later, David had a successful quadruple bypass surgery with cardiovascular surgeon Dr. David Stern.

“I was never nervous at any time because they always made me feel very comfortable,” says David.  “Condell did an unbelievable job. All the nurses and physicians were there every second. They never got upset with me during my recovery, and they listened to my requests.”

After a week in the hospital, he was released to cardiac rehabilitation where he could continue his recovery in an outpatient setting.

“David is doing really great almost a year out now. He is doing all the right things by exercising, maintaining a healthy weight and attending cardiac rehab,” says Dr. Nahlawi. “If it wasn’t for the CT scan, who knows what would have happened to him.”

David is now back working full-time and continues to get his energy back each day.

Dr. Nahlawi says the CT scans give a window into the heart arteries and highly recommends it for people who have at least two of the following risk factors:

← Can you train yourself to need less sleep?
4 surprising health benefits of dark chocolate →