Home / Pediatric care / Can you get the mumps even if you’ve been vaccinated?

Can you get the mumps even if you’ve been vaccinated? 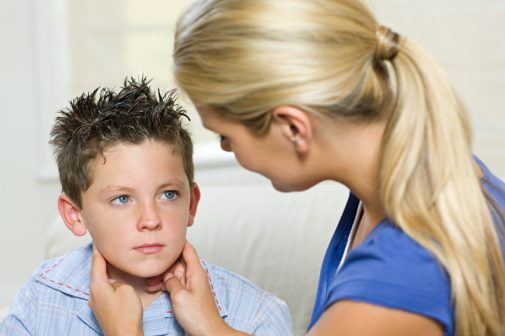 Do you remember receiving the MMR vaccination? Ouch! You probably were a kid when you got the injection in your upper arm or thigh, and it hurt.

The vaccine was supposed to protect you against measles, mumps and rubella. But with the recent news of two students at Barrington High School being diagnosed with mumps and several other probable cases waiting for confirmation, the news has piqued many people’s curiosities. So are you in the clear, or could you still get the mumps if you had the MMR vaccination when you were a child?

“The vaccine is safe and effective, and most people who receive it will never get the mumps. But it’s not 100 percent effective. It can wear off,” says Dr. John Beckerman, a pediatrician at Advocate Good Shepherd Hospital in Barrington, Ill., and chairman of the hospital’s pediatric department. “That’s why we sometimes see outbreaks on college campuses. Sometimes for people who had their last dose 10 or 15 years ago, it’s worn off.”

Generally, children receive the MMR vaccine when they are between 12 months and 15 months of age. They get another dose between ages 4 and 6. Adults can get the vaccine, too.

Initially, someone with the mumps might think they have the flu.

“You know you have something, but you’re not quite sure what it is,” says Dr. Beckerman, who adds that early symptoms can include fatigue, body aches, headache, loss of appetite and low-grade fever. Eventually, the salivary glands could swell, causing jaw pain or discomfort when chewing or swallowing.

Some people who have the mumps actually have no symptoms, but they still could pass the virus to someone else through their saliva when they sneeze or cough. That’s the most common way it’s spread.

Because mumps are caused by a virus, antibiotics aren’t effective. Relieving symptoms with over-the-counter pain medication is usually the advice from healthcare professionals.

People are most contagious several days before and several days after the onset of swelling, but the incubation period could be from 12 to 23 days. The swelling usually disappears three to seven days after it appears.

Serious complications are rare, but they can include brain infection or inflammation of the covering of the brain and spinal cord.

← Did you know this is one of the most versatile vegetables?
Raising awareness about this dangerous trend could save lives →