Chicago Cub gives pediatric patient the shirt off his back 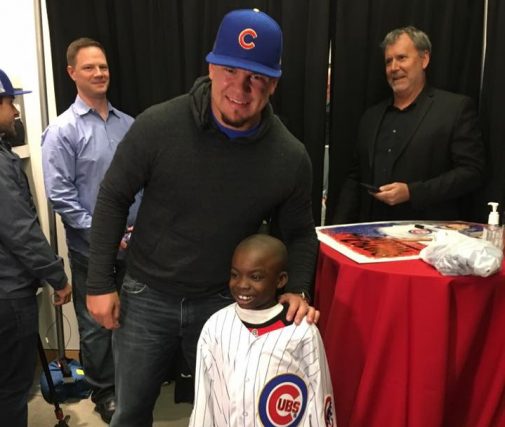 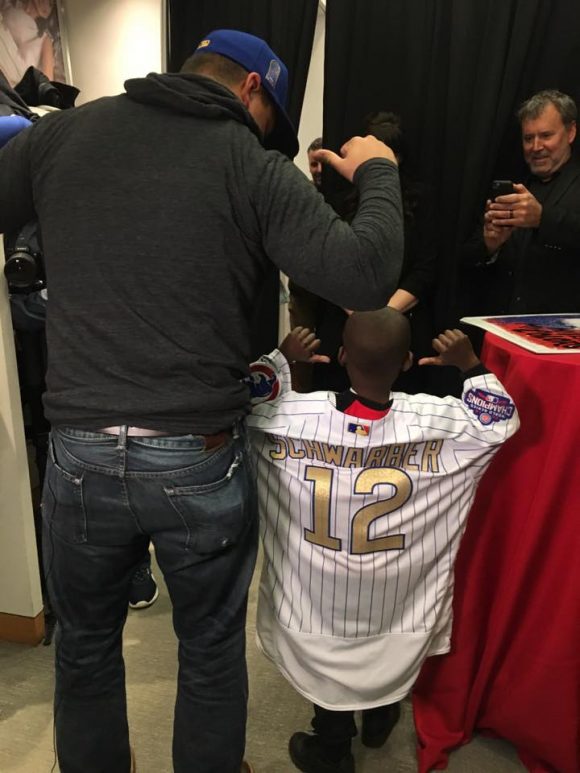 Fresh off winning the home opener and raising banners to commemorate the 2016 World Series, Cubs outfielder and catcher Kyle Schwarber made the day of a young Advocate Children’s Hospital patient Tuesday.

The left fielder literally gave 7-year-old Christian Flowers the shirt off his back – autographing his custom gold-trimmed jersey and placing it over the young patient’s head during a special event at Macy’s on State Street in downtown Chicago.

Christian high-fived Schwarber and posed for photos with the World Series champion at a special backstage meet-and-greet that took place before Schwarber’s public appearance at Macy’s. The department store, along with Lids, a sportswear and apparel company, and Majestic, the official uniform provider for Major League Baseball, hosted the event in celebration of the start of the 2017 baseball season.

Born with a chronic kidney condition, Christian has been in and out of hospitals since he was born in 2009. He was recently treated at Advocate Children’s Hospital-Oak Lawn. Although they live on the South Side of Chicago, Christian and his dad, Craig, are big Cubs fans. 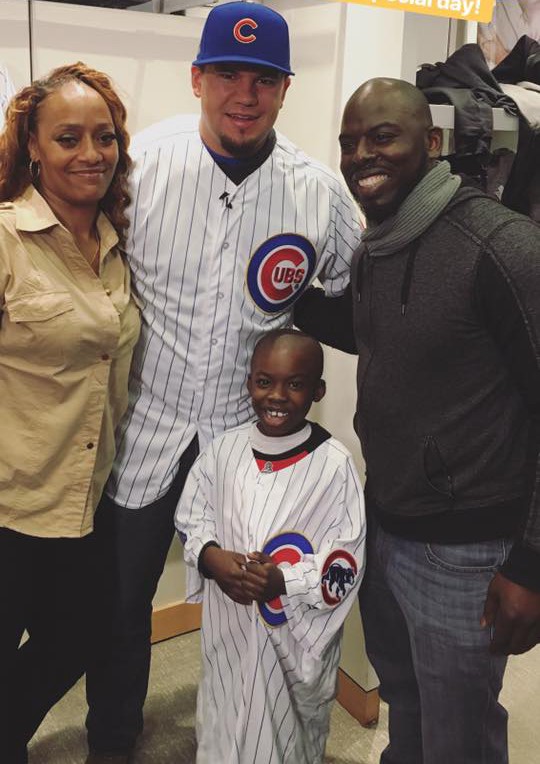 “Go, Cubs, Go!” the first-grader said as he showed off his new jersey, asking his dad for a baseball cap to match.

Advocate Children’s Hospital is part of Advocate Health Care, a legacy sponsor of the Chicago Cubs. Click here to view more photos and videos from the event. Players wore the special gold-accented jerseys at the home opener and are expected to do so again in their second home game on Wednesday, April 12.