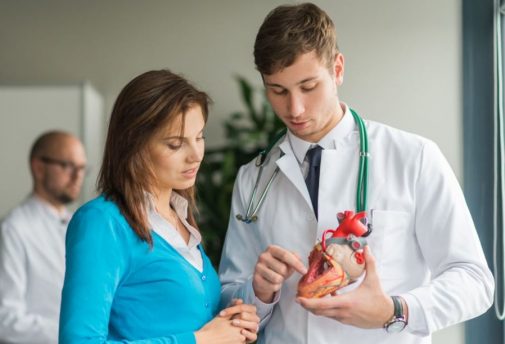 Engineers at Duke University have created a fully functioning artificial human heart muscle large enough to serve as a patch over the damaged tissue.

Unlike some organs, the human heart cannot regenerate, such as from damage sustained during a heart attack. Instead, dead muscle is often replaced by scar tissue that can no longer transmit electrical signals or contract. Eventually, the damage leads to heart failure.

Sometimes, the heart muscle is just stunned and can regain its strength after a heart attack, says Dr. Gaile Sabaliauskas, a cardiologist at Advocate Good Samaritan Hospital in Downers Grove, Ill.

But when the damage is permanent, the heart muscle becomes weaker and at risk for potential arrhythmias.

Currently, the usual course of action for heart attack survivors is simply rehabbing their heart to make up for the damage sustained.

A heart patch made from stem cells could be implanted over that dead muscle and remain active for long stretches of time. The Duke project’s patch is the first human heart patch to both be large enough to cover the affected tissue and just as strong and electrically active as the native tissue.

Duke researchers admit the current study’s patch is not yet thick enough to be a viable solution, and that they’ve yet to figure out how best to fully integrate the heart patch within the existing muscle.

Still, Dr. Sabaliauskas says the prospect of such a patch is exciting, especially for patients who are not candidates for heart transplant or heart devices.

← What you need to know before applying your makeup
Junk food diet and still thin? This could be bad news →