What you need to know before applying your makeup 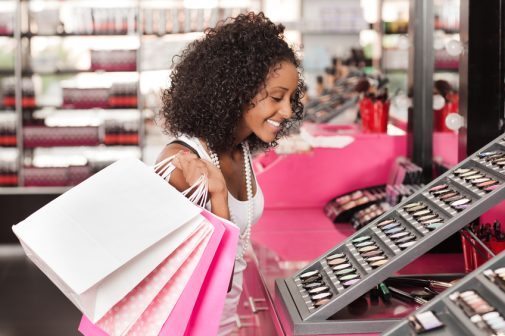 When you see a woman wearing makeup, what crosses your mind? Do you admire her? Are you threatened by her?

According to one study, your gut reaction might be determined by your gender.

The research, from the University of Stirling in Scotland, revealed that men and women have very different reactions to women wearing makeup, with men more likely to view the made-up woman as “prestigious”, and women more likely to consider the woman “dominant.”

As part of the study, the author, Dr. Viktoria Mileva, asked both men and women why they associated made-up women with the words “prestigious” or “dominant”. She discovered the most common reasons women listed were jealousy and feeling threatened.

“A decision that may seem as personal as deciding whether or not to wear makeup can, at times, have far-reaching consequences,” says Dr. Elizabeth Rutha, a clinical psychologist at Advocate Illinois Masonic Medical Center in Chicago.

“These studies indicate that a woman wearing makeup may be perceived differently by either gender. Men may have a tendency to view the woman more positively— the term specifically used in the article is ‘prestigious’—while women may view the same woman and tend to feel competitive.”

Another study suggested that women who wear makeup are perceived as more competent, confident and attractive than those who do not. However, the study also revealed a gender difference in that other women perceived women wearing makeup as promiscuous and untrustworthy.

“At a job interview, knowing whether the hiring committee will consist of men or women might influence a female candidate’s decision about wearing makeup,” Dr. Mileva said in a news release. “Whether the interviewers will view her as attractive, dominant and/or prestigious can affect her and the interviewers’ actions, and perhaps, the outcome of the interview itself. Thus, understanding the potential implications of cosmetics use are important not only for the wearer, but also for the perceiver.”

“When making choices about one’s personal appearance, particularly in situations in which one is likely to be judged by strangers, it’s important to think about the attributions that others make based on superficial variables such as makeup,” she says.

Fortunately, makeup has become a symbol of choice rather than social acceptance for many women. Makeup, when used to boost self-esteem, is helpful and empowering for women, as it is a choice that they get to make for themselves, according to another study.

“Ultimately, it is a personal choice whether or not to wear makeup,” Dr. Rutha says. “But understanding its impact on others is a powerful tool to have.”