From the heart: Nurse knits newborn hats to educate families about heart disease 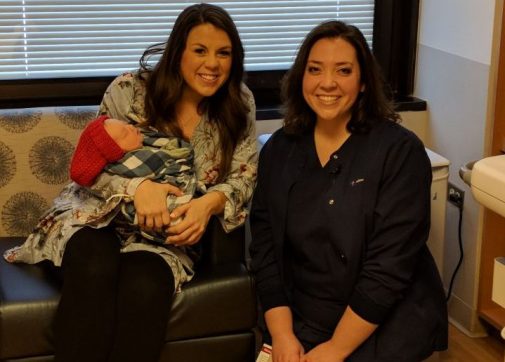 Caption: Nurse Jillian Wisniowicz passed out red hand-crafted hats to newborns and their families at Advocate Good Samaritan Hospital on Feb. 1. The tiny hats are in conjunction with the American Heart Association’s Little Hats, Big Hearts campaign that educates the public about heart disease and congenital heart defects, which is the most common type of birth defect in the country. Jillian is pictured with Lindsey Berquist and her newborn son, Ezra Lee.

Smiles can be seen far and wide on the Mother and Baby Unit at Advocate Good Samaritan Hospital in Downers Grove, Ill., as newborns don little hand-crafted red hats in honor of heart disease awareness and prevention.

Jillian Wisniowicz, an Advocate Nurse at Good Samaritan Hospital who works with cardiac and neurological patients, put her knitting needles to work to make 25 red hats for the American Heart Association’s Little Hats, Big Hearts campaign. The campaign educates the public about heart disease and congenital heart defects, which is the most common type of birth defect in the country.

Throughout the entire month of February, all babies born at Advocate Health Care hospitals will receive the special gift in addition to information about heart health (Check out this adorable photo gallery of Advocate babies sporting their new red hats!)

After learning about the Little Hats, Big Hearts campaign through social media, Jillian thought it would be a good project to take part in, as her twin sister, Janelle, was born with a hole in her heart.

“While I was too young at the time to really understand that something was wrong with my sister, I was very much aware when she wasn’t with me, because we were inseparable,” says Jillian. Fortunately, Janelle got the medical help she needed, and the two sisters continue to share a close relationship with one another today.

“Once I learned about the campaign, I knew that I wanted to get involved. Heart disease impacts so many families that it’s a great way to raise awareness. Plus, I love knitting baby hats, so it has been a fun project,” she says.

Jillian learned to knit three years ago after her mom “challenged” her to take up the new hobby after being diagnosed with cancer. 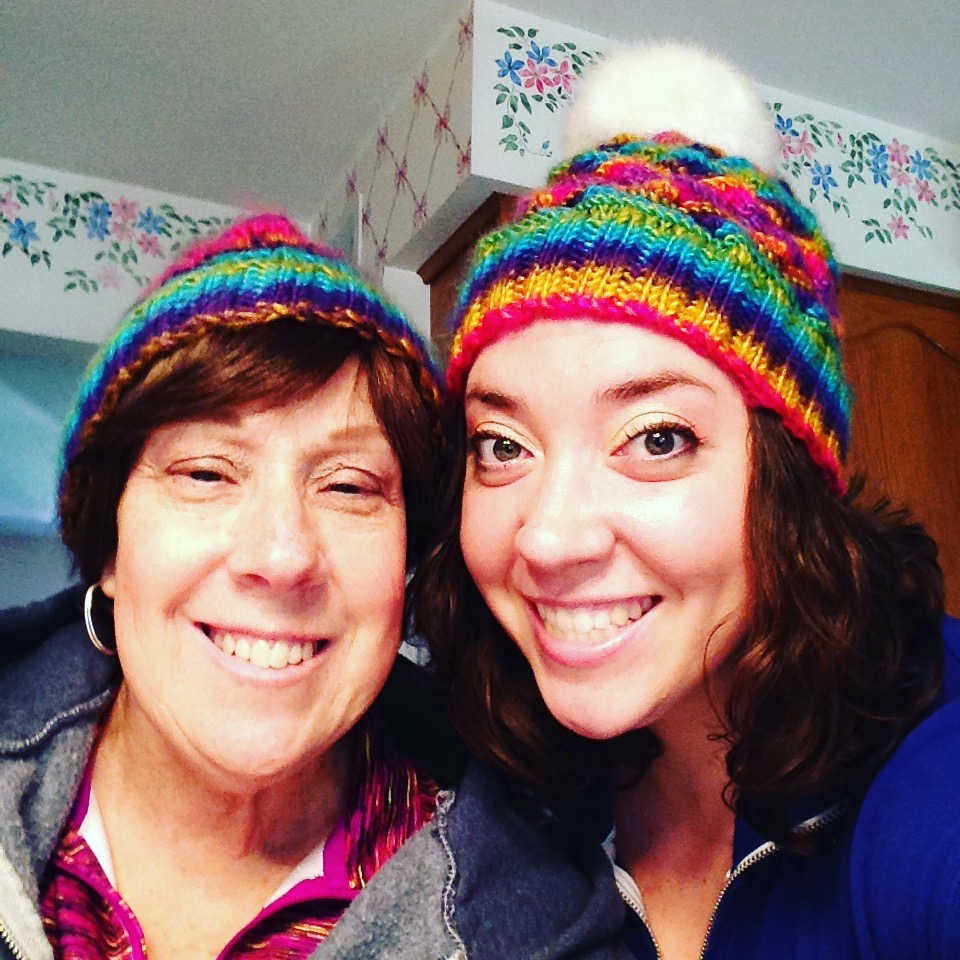 “My mom was worried about losing her hair from the chemo treatments,” she says.

While sitting with her mom during chemo sessions, Jillian watched YouTube videos to teach herself how to knit.

“Once I picked it up, I just couldn’t stop knitting,” says Jillian.

Mother and daughter would make special trips to the store to pick up different colors of yarn for the next round of hats. Tina, Jillian’s mother, responded well to treatment and will be two years in remission later this month.

Since then, Jillian has shared her talent with friends, family, fellow nurses and now babies through the Little Hats, Big Hearts campaign.

She says her hobby helps her “unwind” and “destress” after a long day at work. Each baby hat takes between two to three hours to knit, and she’s already started knitting next year’s batch.

Unit 40 Manager Jennie Moravek says she wasn’t surprised to learn about Jillian’s donation to the campaign, as she’s been known to make miniature scrub tops for the department’s Christmas tree.

“Jillian is a great resource for our patients and their families. It’s great to see her using her hobby to raise awareness on such an important topic,” says Moravek.

← 5 ways to stay motivated to exercise
Can the way you speak contribute to obesity? →