Does this diet help prevent cancer? 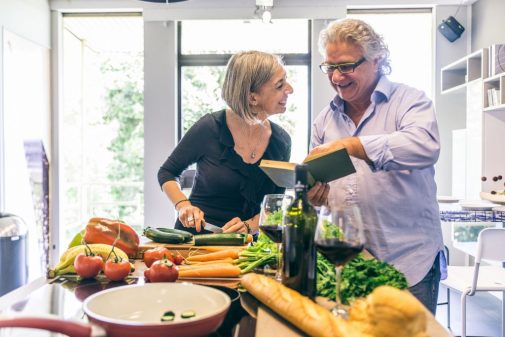 A new study says men who followed a Mediterranean diet – one with an emphasis on fish, boiled potatoes, fruits, vegetables, legumes and olive oil – could lower their risk of aggressive prostate cancer.

But one urologist isn’t so sure, and advises people to stick to what science knows works.

Prostate cancer is the most common type of cancer in men, with about one in seven facing the diagnosis in their lifetime, and can have a high mortality rate, according to the American Urological Association.

Prostate cancer cells can then spread from a prostate tumor, according to the Association, traveling through blood vessels or lymph nodes to reach other parts of the body. After spreading, cancer cells may attach to other tissues and grow to form new tumors.

The scientific community agrees on several possible risk factors, including:

It is believed that there may be some tie between diet and prostate cancer, but Dr. Laurie Bachrach, urologist at Advocate Good Samaritan Hospital in Downers Grove, Ill., says the connection is unclear, and the study doesn’t do a good job of proving one.

However, its scope was limited to a relatively small geographic area – a few regions in Spain – and didn’t take into account genetic and other personal risks, Dr. Bachrach says.

“Unfortunately, there have been a lot of studies on diet and supplementation that have been very promising and been debunked later,” she says. “That’s one of the things that’s frustrating about it – like breast cancer, there’s not a whole lot patients can do in terms of changing their habits to prevent it.”

Essentially, the various risk factors that seem to play a role in the development of prostate cancer must either be included or controlled for in any study on the cancer.

However, both Dr. Bachrach and the American Urological Foundation say there are some studies that link “heart healthy” activities – eating right, exercising, watching your weight and not smoking – can help avoid prostate cancer. There have also been a few drugs that may prevent or slow the development of the cancer.

But for now, Dr. Bachrach says early detection through annual prostate exams starting at age 50 was still the best bet.

“Keeping up with your screening is probably your best bet in terms of being able to catch prostate cancer early and prevent it from spreading,” she says.

← Proactive, not reactive: Four steps you can take to prevent cancer
Is your infant’s winter coat actually causing them harm? →