Home / Diet & Nutrition / Could yogurt be more beneficial than you thought?

Could yogurt be more beneficial than you thought? 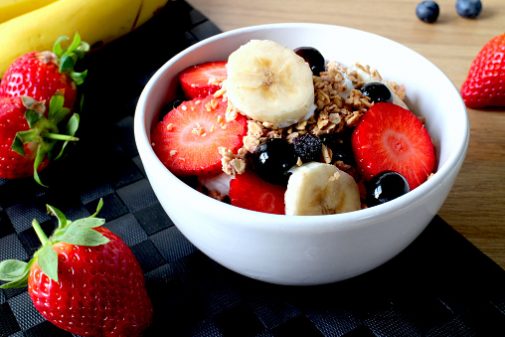 Yogurt has a lot of things going for it. It’s rich in nutrients, has low- & non-fat options, provides essential vitamins and minerals…the list goes on. And now a recent headline in the British Medical journal BMJ reports that “Yogurt may help to lower pre-cancerous bowel growth risk in men.”

Does this mean we’ve finally found a superfood worthy of a cape and a big red S?

The researchers found that men eating two or more servings of yogurt a week tended to develop fewer of the abnormal growths (adenomas) that are likeliest to develop into bowel cancer. The study involved 32,606 cases and found a real correlation between men who ate yogurt and the number of adenomas they developed. Yet, buried towards the bottom of the article are the lines: “This is an observational study, and as such, can’t establish cause. Further research would be needed to confirm the findings and uncover the biology involved.”

Remember that this sort of research is peer-reviewed and that the goal is to interest another team of researchers to repeat and deepen the study to verify the results and “uncover the biology involved.” That’s how scientific advances are made, and it may be exactly how yogurt finally does earn its superfood cape.

In the meantime, yogurt still has plenty of avid supporters, including Kelly Ritchie, a registered dietitian at Advocate Christ Medical Center in Oak Lawn, Ill., who describes it as “good for overall bone, cardiovascular and gut health.”

How? Let us count the ways:

Another benefit of the fermentation process is that it consumes much of the lactose found in the milk used to make yogurt. This is why people who are lactose intolerant often can eat yogurt without any trouble.

Now, because most of the fat in milk is saturated fat, Ritchie suggests choosing nonfat or low-fat yogurts. “They contain lower saturated fat content and total calories while still providing the same amount of healthy nutrients.”

Commercial yogurts also often have a lot of added sugar, which can be a source of empty calories. That can be another reason to look to Greek yogurt (plain), which has less sugar than traditional yogurt and more protein as well.

Future research may still show that yogurt helps prevent cancer, at which point it may have its own Marvel franchise. But yogurt provides plenty of health benefits already, so why wait?