Home / Heart Care / Beating the odds, one heartbeat at a time

Beating the odds, one heartbeat at a time 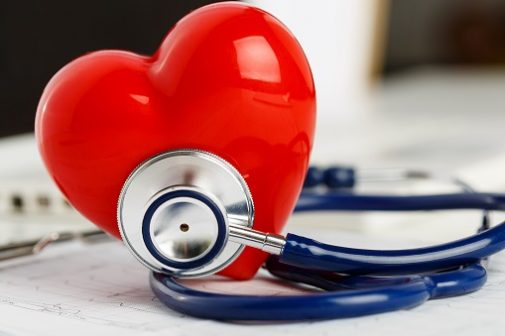 Imagine pain so debilitating it takes your breath away. That’s how Frank Bajorek describes the pain as he suffered a heart attack that nearly took his life.

It started on a cold January Monday in the dead of winter in Wisconsin. After a heavy snowstorm, Frank went out to do his usual cleanup, powering up the snowblower and taking the four-wheeler out to plow. As he parked the four-wheeler and prepared snowmobiles for a ride with his daughter he started to feel off.

“I went from feeling perfectly fine to feeling really lousy and went into the house to sit down,” explains Frank. “After some rest, I was not feeling any better, so I went outside to put everything away.”

That’s when it hit. As Frank turned off the snowmobiles, he collapsed between them.

“I was completely out cold,” he reflects. “I woke up and thought ‘please don’t let me die out here.’ I staggered in horrible pain to the back of the house, falling inside, yelling to my family, ‘I think I’m having a heart attack.’”

This was not the first time Frank’s heart gave way. In 2014, he underwent an open-heart triple bypass surgery at the Aurora Medical Center in Summit, Wis. He had been doing well since.

“My family rushed me to the hospital, and when we got to the emergency room, I was in so much pain—I was having a massive heart attack and didn’t even know it.”

“Frank was in cardiogenic shock due to a heart attack and had ventricular tachycardia, a lethal rhythm of the heart,” Dr. Azzam says. “All these lead to a mortality rate of more than 90%, so we had to act fast.”

Frank was taken to the cardiac catheterization lab where they could visualize the arteries and chambers of the heart to identify issues.

“He needed circulatory support using a balloon pump and intervention on his 100% blocked coronary artery. The procedure was complex and high risk. The fact that he did have bypass surgery several years ago added more complexity to the procedure. We also put him on intravenous drips to get his blood pressure up to a desired level,” says Dr. Azzam.

“Dr. Azzam saved my life,” says Frank. “I recall him saying, ‘I’ll get you fixed up and feeling better,’ and that’s what he did.”

Frank began recovering. “Two days later, I started doing really well and even began to sit up in bed. I was able to get up and move with the help of a walker, and by the next day, I was able to walk without its aid.”

By this time, Frank was moved from the ICU and had his balloon pump removed. He then had a pacemaker put in.

“I can be a bit of a stubborn person, a fighter,” Frank says. “I came to the hospital near dead, and a few days later was walking around. I never gave up or got down, and that’s important for anyone who’s experiencing something like this.”

He now attends cardiac rehab two times a week at the Aurora Medical Center in Summit, where he exercises and does strength training. He’s even lost weight in the process.

“The care team ensured I am equipped with the right knowledge. A nutritionist taught me about what kinds of food to eat to keep me healthy.”

Today, Frank is back at work and doing most of the activities he enjoys such as riding his motorcycle and snowmobile in the winter.

“If Dr. Azzam wasn’t there that day, I wouldn’t be here. I can’t thank him and the rest of the care team enough.”