Home / Behavioral Health / Are these traits the keys to living longer?

Are these traits the keys to living longer? 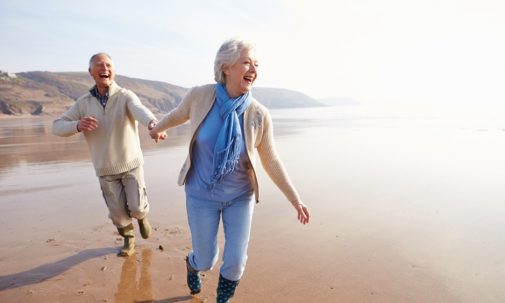 Your personality traits may play a big role when it comes to the longevity of your life, according to research published in the journal International Psychogeriatrics.

The results were determined by studying nine villages in southern Italy, remote areas with residents well into old age. Researchers chose 29 people between the ages of 90 and 101. Despite the participants understandably not being in top physical health, researchers used interviews to determine the participants’ well-being was better than their younger family members.

The traits associated with this better mental health were:

“Exceptional longevity was characterized by a balance between acceptance of and grit to overcome adversities along with a positive attitude and close ties to family, religion and land, providing purpose in life,” the researchers wrote.

Dr. Christopher Hughes, a family medicine physician with Advocate Medical Group, says he firmly believes all of this to be true.

“I’ve taken care of a countless number of people who would fit this mold. There is no doubt that those who have an extremely positive outlook on life and who also tend to live with a ‘mission focus’ — in that they do not live for themselves, but for the betterment of others — tend to be happier and healthier,” he says. “It just simply makes sense.”

Dr. Hughes adds, “People who are able to let go of the small things in life tend to do so much better mentally and physically. Henry David Thoreau said that so many of us live these lives of ‘quiet desperation.’ At some point, the constant stress, worry and lack of positivity simply wear one down physically. Even faith-based individuals can struggle with this issue daily.”

← How to treat this common problem for babies
What does that cramp in your leg mean? →