Home / Behavioral health / How do you quit vaping?

How do you quit vaping? 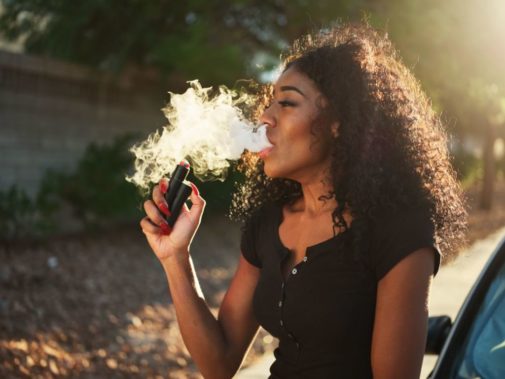 As the number of reports of lung injuries linked to vaping continue to soar across the nation, experts have suggested quitting the latest habit-forming craze.

Just last week, the Centers for Disease Control and Prevention reported a significant jump in the number of confirmed and probable cases of lung injury in 46 states and the U.S. Virgin Islands that were associated with e-cigarette use.

In just one week’s time, the number of confirmed cases increased 52% to 805. Of those cases, 13 deaths tied to vaping-related lung injuries have occurred in several states, including one in Illinois.

Symptoms of the respiratory illness are similar to pneumonia, and Dr. Kiran Bojedla, a family and sports medicine physician at Advocate Christ Medical Center in Oak Lawn, Ill., recommends that people who continue to vape should contact their doctor right away if they start to experience symptoms of coughing, shortness of breath, fatigue, chest pains, nausea, vomiting or diarrhea.

Dr. Bojedla routinely discusses vaping with his patients, and it’s a topic of conversation that comes up regularly with his family and friends.

“When I’m getting a medical history on my new patients, they don’t bat an eye when I ask if they drink alcohol or smoke cigarettes, but always seem surprised when I ask if they vape. Some of them don’t think of vaping as having a negative impact on their health,” he says.

While some patients turn to vaping to quit smoking cigarettes, others use it to inhale THC, the high-inducing chemical found in marijuana.

Regardless of what his patients use to inhale through their e-cigarette, Dr. Bojedla highly suggests they wean off their new-found habit.

“Thirty years ago, cigarettes were seen as acceptable, but now we know that smoking causes cardiovascular disease and cancer. Fast forward to today – while vaping was originally thought to be less harmful, the industry operates with no true oversight. There is no way of knowing if the products are pure or if they contain toxic chemicals. While we recently started seeing serious acute health issues related to vaping, the long-term effects are still unknown. It’s best to avoid e-cigarettes altogether,” he says.

Traditional smoking cessation methods, such as tapering down the amount of nicotine ingested or the nicotine replacement method, can assist those who want to quit vaping, says Dr. Bojedla.

The nicotine replacement method calls for a patch or gum to be used that releases a lower amount of nicotine into the system at a slower pace than smoking, while sparing the lungs from dangerous inhaled chemicals.

The taper down method allows the user to slowly wean off the e-liquid that contains nicotine over time. Some people may even choose to combine both methods to help curb the physical and behavioral addiction related to vaping.

For more information on how to quit vaping, visit smokefree.gov or talk to your doctor about the best method for you.

← Can hot drinks cause cancer?
Can your shoe choice lead to varicose veins? →