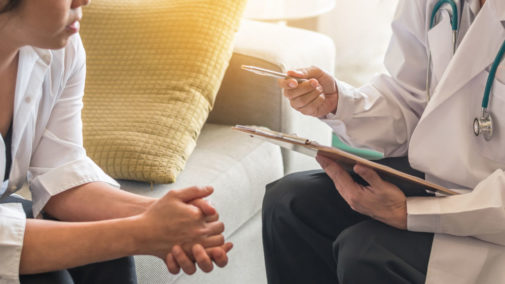 The cancer that killed Chicago Bears legend Walter Payton 20 years ago remains rare — so rare that it affects just 8,000 Americans per year, according to the American Cancer Society.

Payton died at age 45 from consequences of bile duct cancer, which may have been caused by a liver disease known as primary sclerosing cholangitis (PSC). Bile duct cancer can occur at any age, but it is most common in people over the age of 70.

A network of tubes, called ducts, begin in the liver and connect to the gallbladder and small intestine. Bile, a fluid made by the liver to break down fats during digestion, is collected by the ducts. Bile ducts carry the digestive liquid bile from the liver to the small intestine. With PSC, the ducts that drain the bile become chronically inflamed. Since the ducts are long, tube-like structures with many segments, the inflammation and blockage can occur in more than one bile duct. This can, over time, predispose an individual to the development of bile duct cancer.

There are two types of bile duct cancer:

“Risk factors for bile duct cancer include PSC, Caroli’s syndrome, congenital hepatic fibrosis and choledochal cysts in the bile ducts,” says Dr. Fabio Sbrana, a surgeon who treats advanced liver and pancreatic cancer at Advocate Lutheran General Hospital in Park Ridge, Ill. “Since the intrahepatic bile ducts are deep inside the liver, there are no tests that can reliably detect bile duct cancers early. When we have symptoms in the extrahepatic bile ducts, that indicates the tumor has already advanced.”

Common symptoms include the following:

“Treatment of bile duct cancer has improved significantly over the past 20 years since Walter Payton’s death with several new drugs now in clinical trials,” says Dr. Sbrana, who works at Advocate’s Pancreatic and Hepatobiliary Multidisciplinary Clinic. It treats cancers and diseases in the liver, pancreas, bile ducts and gastrointestinal tract.

“Tumor location is critical in determining the best treatment option. Surgical resection or liver transplantation is the only potentially curative therapeutic option, often associated with chemotherapy and radiation therapy,” he says.

This tumor is rare enough that it’s recommended to go to a multidisciplinary clinic with a team of surgical, radiation and medical oncologists.

← Does this ancient cold and flu remedy really work?
Know the different kinds of domestic abuse →