Will a new drug offer hope for Alzheimer’s patients? 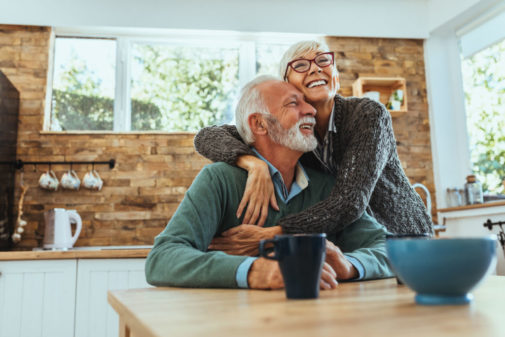 Despite unprecedented levels of public and private funding for Alzheimer’s research, success in developing new therapies has proven elusive. The sense of urgency around discovering effective treatments continues to increase given the grim statistics: About 5.8 million Americans live with Alzheimer’s today, a number expected to rise to nearly 14 million by 2050, according to the Alzheimer’s Association.

In March, Biogen said it was adding its drug aducanumab to a list of failed Alzheimer’s treatments and would halt two studies after preliminary analyses suggested the trials would not meet effectiveness goals.

However, Biogen surprised the medical and pharmaceutical communities in October by resurrecting aducanumab after additional data suggested the drug may successfully fight plaque buildup in the brain that characterizes Alzheimer’s, as well as slow the rate of patients’ cognitive and functional decline. Biogen announced it will apply for drug approval by the Food and Drug Administration (FDA) sometime in 2020.

“Of course, the announcement is very exciting, in that it has potential to be the first disease-modifying drug ever approved for Alzheimer’s,” Dr. Gitelman says. “Other drugs commonly used today—such as donepezil, galantamine, rivastigmine and memantine—treat only the disease’s symptoms, but do not change the rate of decline.”

Beyond bringing a bit of hope to the millions of families affected by Alzheimer’s, aducanumab’s FDA consideration also marks another, more fundamental victory in the fight to cure the disease, according to Dr. Gitelman.

“A positive study result tends to validate the predominant theory of how Alzheimer’s begins and progresses,” he explains. Called the amyloid hypothesis, this theory holds that the accumulation of a protein called beta-amyloid is an important early step in the process that leads to Alzheimer’s disease.

Aducanumab is an antibody that binds to certain forms of beta-amyloid, prompting its removal from the brain. The removal may interrupt the cascade of changes that causes Alzheimer’s.

“Nevertheless, caution is in order in interpreting the results, as the findings were not fully consistent across both studies,” Dr. Gitelman says.

While participants taking a high dose of aducanumab in one Biogen trial showed a 23% reduction in clinical cognitive decline and underwent brain scans that demonstrated reductions in beta-amyloid, the second trial did not produce the same results.

Biogen attributes the divergent results to some patients’ greater exposure to a higher dose of aducanumab in the first study. Researchers will learn more about the results, which continue to be analyzed, at the Clinical Trials in Alzheimer’s Disease conference slated for early December in San Diego. The FDA will ultimately decide whether the drug has potential to help patients.

Dr. Gitelman points out that even if approved, aducanumab will not cure Alzheimer’s disease.

“Participants taking the highest dose of the drug showed a slowing of their cognitive decline, but not a reversal of their deficits,” he says.  “Right now, we don’t know if aducanumab will receive FDA approval, and a lot of issues remain. Nonetheless, the potential for a new drug that reduces clinical decline in Alzheimer’s patients is truly exciting.”

← This pregnancy complication is linked to cardiovascular disease
Are you too clean? →