Home / Repurposed Story / How many push ups can you do? Does it matter?

How many push ups can you do? Does it matter? 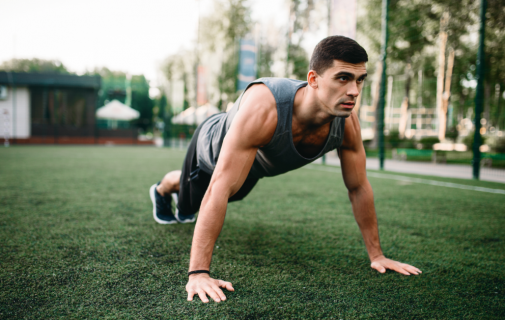 The number of consecutive push ups a man can do may have an association with his heart disease risk.

That’s according to research published in JAMA Network Open.

More than 1,100 male firefighters with an average age of 40 at the start of the study were tracked for 10 years. The men had an average body mass index of 28.7, which is considered overweight. Each man’s push up capacity was measured at the start of the study, and they underwent physicals and answered a health questionnaire each year. Over the course of the 10-year study, 37 of the men experienced heart problems.

The researchers divided the 1,100 men into five groups based on their push up capacity in order to determine if that capacity painted a picture of the men’s likelihood of facing heart problems. The results? After considering BMI and age, the participants who were able to do 40 push ups at the start of the study were at a 96% reduced risk of cardiovascular disease incident when compared to those who were only able to do 10 push ups or less. Study authors say more work needs to be done before these findings can be applied to other groups beyond men, including women and the elderly.

The researchers say the study serves as a reiteration of the benefit of clinicians discussing activity levels with patients.

“There is no doubt that exercise is better than being a couch potato,” says Dr. Victor Marinescu, a cardiologist with Advocate Medical Group. “I think being able to do 40 push ups indicates a general level of fitness (or lack thereof) in the rested population. It’s been an age-old question for physicians and cardiologists in particular: how much exercise is useful, and does it become harmful at some point? This is particularly true for marathon runners.”