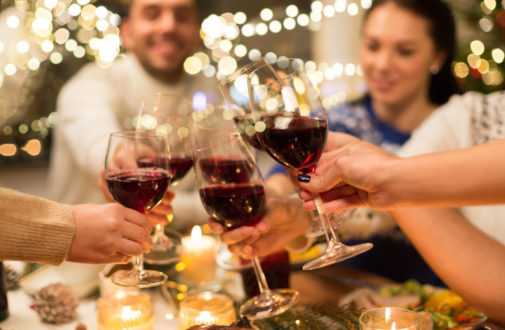 Dry January is relatively new. It began in 2014 as a public health campaign in the United Kingdom. But in just a couple of years, this teetotaling trend has produced real results.

A British study suggested that after one month sober during Dry January, participants go on to drink fewer days per week, drink less and get drunk fewer times per month. They also had a greater sense of accomplishment, saved money and felt healthier than before the challenge. Even those that merely cut back on drinking continue to drink less in the months ahead.

If stopping or slowing down for a month sounds difficult, new sobering statistics might make you pause before pouring that next drink. Over the last 20 years, alcohol-related deaths in America have doubled, new research shows. From 1999 to 2017, the death rate has spiked 50% in the U.S., claiming nearly 1 million lives in that time.

About half of the deaths came from liver disease, overconsumption or mixing alcohol with drugs. But researchers think that alcohol plays a role in many more deaths than that.

Americans are drinking more now than they have in over 100 years, since just before Prohibition. Alcohol‐related emergency department visits and hospitalizations also on the rise, which is indicative the larger trend in America’s drinking culture.

“Some people like strong drinks. Others like light beer, sweet cocktails and seltzers that are easy to consume in large amounts. Overindulging on either of these options has lasting effects on your health,” says Dr. Kayla Parsons, family medicine provider with Aurora Health Care.

Tips to get through Dry January

Dry January has unbottled what we’ve already known. Quitting drinking or cutting back on alcohol can lead to significant health benefits. Combined with diet and exercise, it’s a good way to create a path to healthiness while still enjoying spirits responsibly or not at all.

“It’s clear that Dry January has real benefits. Taking just a month off from drinking alcohol in January – or any month – can have a major health benefits for years to come,” says Dr. Parsons.

← ‘I feel like as health care professionals, we can be role models for the public’
Vaccine protects this therapist at both home and work →