The recent vaccine news is much better than you think 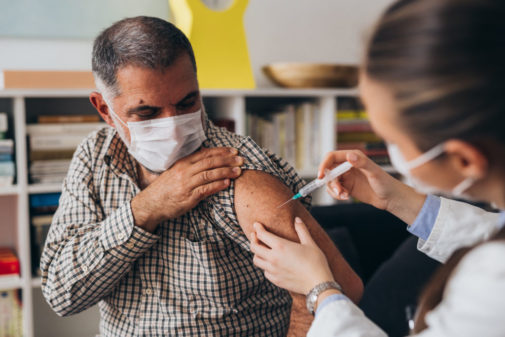 Johnson & Johnson has released data on the effectiveness of their COVID-19 vaccine. Initially, there was some concern that the overall efficacy was lower than that of the mRNA vaccines manufactured by Pfizer and Moderna. However, the lower efficacy was not a function of the vaccine, but rather a function of the spread of variant strains that are less susceptible to the vaccine.

The single most important piece of data was that the vaccine was 85% protective overall against severe disease and 100% effective in preventing hospitalization and death. As the scourge of this pandemic has overwhelmed our nation’s hospitals and killed almost 450,000 Americans to date, that is incredible news. A single shot that can be stored in a standard refrigerator for three months is a gamechanger, not only in the US but also in countries around the world.

South Africa is one of the places the vaccine was studied, and the vaccine does not appear to be as active against the B.1.351 variant that originated there. That variant was the most common form of the virus encountered in the South African trials and is now believed to be spreading across the world. Despite reduced activity against the variant strain, the vaccine was still 57% effective in South Africa, and not a single person who received the vaccine and developed COVID-19 required hospitalization or died. The higher efficacy reported in the Pfizer and Moderna trials was at least in part due to the fact that those vaccines were studied before the variant strain emerged.

Johnson & Johnson anticipates supplying 100 million doses (which unlike the mRNA vaccines equals 100 million people) in the U.S. before the end of June. Many more than that are expected for worldwide distribution. Coupled with the two existing vaccines as well as promising data from Astra Zeneca and Novavax, it is conceivable that we could have five vaccines available for use in this country within the next few months. It is doubtful even the most optimistic among us could have predicted that just a few short months ago.

We are in a desperate race against COVID-19, especially the variant strains originating in South Africa and the UK. Vaccines remain our only edge in that race. The anticipated boost in supply of vaccines finally gives us hope that the end of the pandemic may be in sight. Vaccination rates in the US have increased sharply over the past couple of weeks, and the introduction of mass vaccination clinics across the country will continue to boost them. More than 26 million Americans have received at least one vaccine dose, which is greater than the number of Americans who have tested positive for COVID-19. The safety profile for the two available vaccines remains excellent.

Until we reach that magical herd immunity, and especially given extensive spread of the variant strains, it remains more important than ever to be vigilant with masking and social distancing – even if you have already received the vaccine. Any breakdowns in the physical barriers that prevent spread of the virus will diminish the effect of the vaccines and delay the end of the pandemic.

← Planning on skipping this doctor appointment?
Heart attack symptoms for women and men →