Home / Diet & Nutrition / Why older people should embrace their java

Why older people should embrace their java 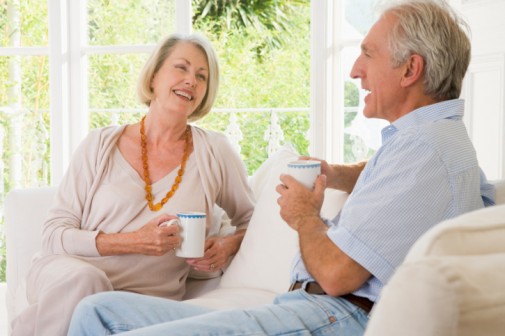 That steaming cup of coffee in your hands may hold the keys to a long, healthy life, scientists say.

Researchers at the National Cancer Institute (NCI) report that older people who drink coffee are less likely to die from heart disease, stroke, diabetes and respiratory disease than their non-java drinking counterparts. But the study’s authors say drinking coffee does not necessarily guarantee longevity. The findings were published in the New England Journal of Medicine.

The study followed 400,000 men and women between the ages of 50 to 71 beginning in 1995 and continued until 2008 or when the participant died. Scientists found the connection between reductions in risk factors increased with how much coffee was consumed. Whether the coffee was caffeinated or not didn’t seem to matter.

People who drank at least three cups a day lowered their risk of death by 10 percent compared to non-coffee drinkers. Exactly why coffee seems to help prevent these diseases isn’t clear yet, researchers said.

If some are looking to the steaming black beverage to be a fountain-of-youth, health experts say living to a ripe old age and free of disease requires a balanced diet rich in fruits and vegetables, regular exercise, reducing stress not to mention having good genes.

← Can fitness help your bladder?
Americans look to smartphones for health info →