Your messy desk could spark brilliance 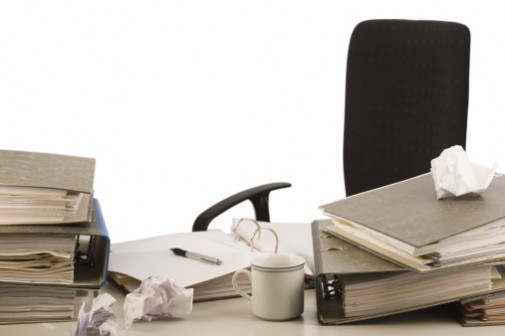 Nothing good can come from a messy desk, many would assume, but new research may suggest otherwise.

The research, published online in August in the journal Psychological Science, revealed that working at a desk that’s neat and tidy may promote healthy eating, generosity and conventionality, while working at a messy desk promotes creative thinking and generates new ideas.

After participants completed the questionnaire, they were given the opportunity to donate to a charity and on their way out were offered a snack of chocolate or an apple.

Psychological scientist Kathleen Vohs, lead study author from the University of Minnesota, explained that being in a clean room seemed to encourage people to do what was expected of them. Participants in the messy offices, however, donated more of their own money to charity and were more likely to choose the apple over the candy bar as compared to the other participants from the clean offices.

“Prior work has found that a clean setting leads people to do good things—not engage in crime, not litter and show more generosity, said Vohs in a statement. “We found, however, that you can get really valuable outcomes from being in a messy setting,” she added.

In another experiment, participants were asked to come up with new uses for ping pong balls. Although participants in the messy office came up with the same number of ideas for new uses as those in the clean office, their ideas were rated as more interesting and creative when evaluated by impartial judges.

“Being in a messy room led to something that firms, industries and societies want more of: creativity,” Vohs said.

Researchers also found that when participants were given a choice between a new product or an established one, participants in the messy room were more likely to choose the new product—a sign that being in a disorderly environment stimulates a release from conventionality. In contrast, participants from the tidy office preferred the established product over the novel one.

“We are all exposed to various kinds of settings, such as in our office space, our homes, our cars, even on the Internet,” Vohs observed. “Whether you have control over the tidiness of the environment or not, you are exposed to it, and our research shows it can affect you,” she concluded.

← Trend slowing for C-sections and induced labors
Can commuting take a toll on your health? →