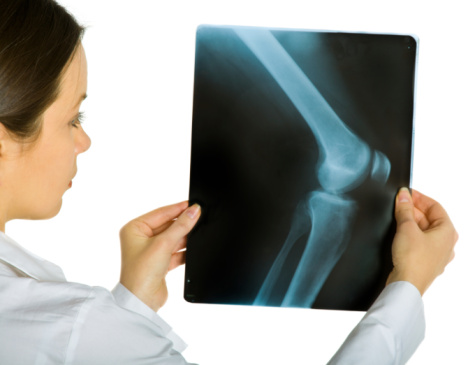 One of the best benefits for those who have knee-replacement surgery is the ability to get moving again. The operation gives many people the chance to walk, run and exercise in ways they couldn’t before the procedure.

So you might imagine that people with this new freedom would begin exercise programs that lead to fitness and weight loss. But recent research suggests the opposite.

The results of a five-year study found that patients who undergo knee replacement surgery “may be at a higher risk of gaining more weight than their peers who have not had the surgery,” according to researchers at Virginia Commonwealth University.

Study leaders examined the medical records of nearly 1,000 knee-replacement surgery patients and discovered that 30 percent of the patients gained at least five percent or more of their body weight in the five years following the operation.

That’s compared to a group of people who didn’t have the surgery. Only 20 percent of those patients gained similar amounts of weight during the same time frame.

Researchers think there are two possible explanations to account for the weight gain.

Patients who are overweight or obese may lose significant weight in advance of the surgery as recommended by their doctor. Then after the operation, they return to their old eating patterns and put the weight back on.

The other possibility is that these patients have been dealing with chronic knee pain and have spent years avoiding activities and exercise that made the pain worse. For many, it might be difficult to imagine a lifestyle that includes regular exercise, study leaders said.

“Knee surgery patients should take advantage of their new, pain-free, condition and get active,” he said. “Having this new found freedom allows them to experience all the health benefits that exercise can offer.”

Over the last 10 years, knee replacement surgeries have doubled, and nearly tripled in those between the ages of 45 to 64, according to the Agency for Healthcare Research and Quality.

Dr. Lawrence Lieber, an orthopedic surgeon at Advocate Good Samaritan Hospital in Downers Grove, Ill., says there are immediate, positive results from the surgery in most cases.

“Knee replacement procedures are usually completed in an hour to an hour and a half,” Dr. Lieber says. “Patients can walk the day of surgery with some assistance and typically drive in two weeks. Physical therapy usually lasts two to three months. After a total knee replacement, patients are back to all their activities two to three months later.”