Is caffeine, alcohol safe during pregnancy? 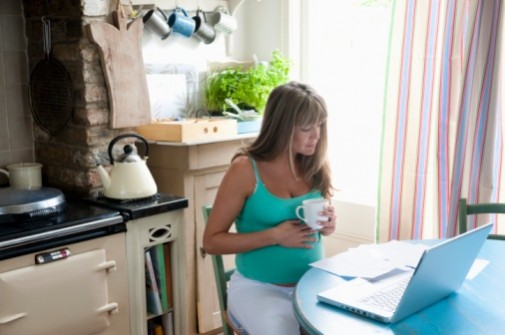 A new book that casts doubt on long-held medical guidance for pregnant women has people talking.

Author, Emily Oster, associate professor of economics at the University of Chicago Booth School of Business, says she disagrees with many of the recommendations physicians have for moms-to-be. After personal analysis of hundreds of studies, she’s come out against many of the “motherhood myths.”

Based on expert health advice, it’s common for women to forgo coffee, alcohol and even stay away from cleaning the cat’s litter box during pregnancy. However, according to the controversial book, “Expecting Better: Why the Conventional Pregnancy Wisdom is Wrong — and What You Really Need to Know,” Oster says the science behind such advice doesn’t stand up to scrutiny.

“There is virtually no evidence that drinking a glass of wine a day has negative effects on pregnancy or child outcomes,” she says in the book. Additionally, Oster reports that she refused to give up her four-cup-a-day coffee habit during her own pregnancy, which was what prompted her to write the book. Oster believes it’s OK to have as much as two to four cups of coffee a day while pregnant.

However, some physicians say Oster’s ideas need to be taken with caution and disagree with her conclusions.

“I always follow the recommendation of the American Congress of Obstetricians and Gynecologists (ACOG) when making my recommendations to my patients,” says Dr. Stephanie Heraty, an obstetrician/gynecologist  with Advocate Illinois Masonic Medical Center in Chicago. “The findings in this book would certainly not influence what I tell the pregnant women I care for.”

Dr. Heraty says scientific research points to caffeine as a cause for miscarriage in the first trimester; therefore, she recommends no more than 200 mg a day for the first trimester—about one small cup of coffee or a can of cola. She also prefers her patients stick to water and other non-caffeinated beverages to keep well-hydrated. Caffeine, she says, is a well-known diuretic and will only exacerbate possible dehydration.

As for alcohol, Dr. Heraty asks her patients to refrain from drinking at all while pregnant. She says the ACOG recognizes maternal alcohol intake as the leading cause of fetal mental retardation.

“We honestly don’t know what amount might be harmful, since there’s no real way to scientifically study varying amounts of alcohol in pregnant women,” Dr. Heraty says. “I always tell my patient, ‘Why risk it?’”