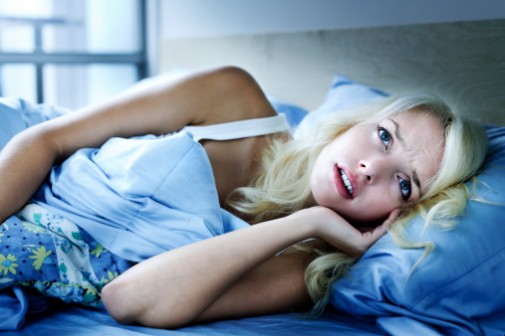 For the past decade, Barbara Stellwagen has tried everything to get a restful night’s sleep. From air forced down her nose and throat while she slept, to mouth guards that kept her jaw moved forward, to having the inside of her throat surgically reshaped, nothing seemed to curb her severe case of obstructive sleep apnea (OSA).

Nothing, that is, until now.

This past spring, Barbara was the first person in the nation to participate in the clinical study Targeted Hypoglossal Neurostimulation Study, which was only recently approved for clinical trials by the U.S. Food and Drug Administration. The technology, developed by the privately-held company, ImThera Medical, Inc. of San Diego, provides a unique approach to correcting OSA by stimulating certain muscles of the tongue to keep it “awake” while Barbara sleeps. This stimulation prevents the tongue from dropping back into her throat, creating the obstruction that causes her to stop breathing during sleep.

“OSA has a lot to do with tongue position,” says Dr. Michael Friedman, the ear, nose and throat specialist who performed Barbara’s procedure at Advocate Illinois Masonic Medical Center in Chicago. “During sleep, the tongue falls back and blocks the airway. The clinical trials are being done to determine if, by placing an electrode around a person’s hypoglossal nerve—the main nerve in the tongue—you can effectively keep it stimulated and toned, so it doesn’t fall back.”

The electrode is surgically placed through a small incision on the neck and is connected to a battery pack, which is placed beneath the skin on the patient’s chest. A remote control is then used to turn the system on at night and off upon waking.

Dr. Friedman says the therapy currently under study is very promising, having already been tested in Europe.

“This is an exciting new approach to sleep apnea,” he says. “This may offer us another option to treat those suffering from the most severe cases of OSA. There are literally millions of people who are unable to tolerate the CPAP (continuous positive airway pressure).”

According to the National Heart, Lung and Blood Institute, more than 12 million American adults suffer from some form of OSA, with most going undiagnosed or untreated. Sleep apnea can lead to serious health complications, including:

The clinical study is occurring at multiple locations throughout the country and expects to involve nearly 60 patients. Results from this study will be submitted to the FDA for considerations on further clinical trials.

Barbara says before having the new treatment, she was often fatigued during the day, as well as difficulty concentrating on tasks and just getting up in the morning. Now, she has a new lease on life.

“I’m sleeping better now than I think I ever have in my life,” Barbara says. “I actually fall asleep and wake up in the same position. It’s been amazing.”