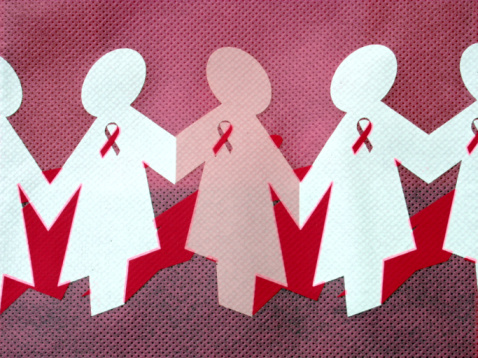 Less than 5 percent of breast cancer patients receive treatment for their disease in a clinical trial, reports Breastcancer.org. The low statistic can be attributed to the fact that information about clinical trials is not often understood.

For example, is the following fact or fiction? “I need to live near a large cancer center to participate in a clinical trial.”

“When patients participate they are helping us gain scientific evidence of whether the new therapy is an improvement to be made in standard of care,” says Barbara Barhamand, clinical trial coordinator for Hematology Oncology Consultants Ltd. in Darien and Naperville, Ill.

Standard of care is the accepted medical treatment for a certain type of disease. And Barhamand says anything that’s standard of care today has already been proven by clinical trial in the past.

“The value is to find out if a new therapy is any better, or not, than the current therapy, which is the true benefit,” Barhamand explains. “Breast cancer clinical trials with new drugs look at safety, what the side effects are and what doses are effective with tolerable side effects,” she says.

Rules of engagement
With benefits like this, it would seem a no-brainer in terms of participation, but it’s not quite that simple. Barhamand explains that it’s often difficult to get people to participate in any type of clinical trial.

“Many people presume it’s a Frankenstein thing, like something we cooked up in a lab, and sometimes it can seem that way,” Barhamand says. “But this is something that the National Cancer Institute has deemed a viable agent to be tested in humans.”

Clinical trials usually provide two treatment paths: standard therapy and experimental therapy.  The experimental path may include the standard therapy plus a new drug, or it may be an entirely new therapy. “Experimental” drugs may be brand new and not yet on the market, or may be a known drug for a certain cancer, but is now being tested with a new indication.  A computer program determines which treatment path a participant will receive.

Some people decide not to participate in the trial because they want to be able to choose the option they want.

“They want to be in control,” says Barhamand. “They want to research it and decide the actual treatment, but it’s not that kind of science.”

Sometimes people are disappointed that they received the standard of care when they think the new agent may be better, but results may not show it to be any better, yet it’s still important.

“There’s value in gaining knowledge that the drug might not have been better but wasn’t any worse,” Barhamand says.

Barhamand also says that the documentation participants must sign saying there may be no personal benefit to the patient can also be a hindrance to participation.

But she stresses that participation is so much more than just what’s happening to you on a personal level.

“We learn so much by clinical trials, and there’s never a guaranteed personal benefit. The benefit is to mankind. It’s global,” she says. “The real reason to participate is to feel as though you’re contributing to science, and if it helps you in particular, that’s a bonus.”

Making a difference
Several breast cancer trials have made a considerable difference in how breast cancer is treated. For example, for women with breast cancer whose tumors are estrogen and/or progesterone positive, the clinical trial administering hormone therapy using Letrozole after Tamoxifen “actually changed the way we treat women globally,” Barhamand says.

Another example is the clinical trial using Herceptin with adjuvant therapy (a drug or treatment used to assist the effectiveness of the primary treatment) was valuable for women with Stage II breast cancer with amplification of the HER2neu gene since it considerably lowered the risk of disease recurrence.

For those still on the fence about clinical trials, and debating whether they’re worth the effort, then consider this: “The treatments available for your children in the future would be dependent on the results of your participation today. It’s a pay it forward experience,” Barhamand says.