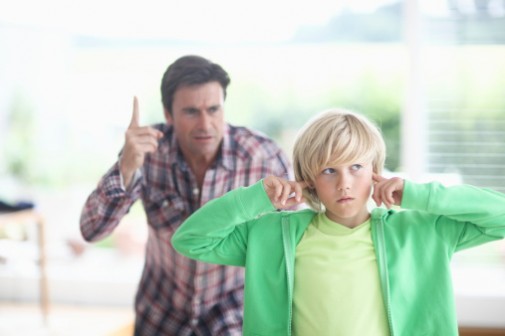 When a child misbehaves, some parents may resort to spanking.  But growing research shows that spanking can have long-term negative effects on a child.

A recent study found that children who are spanked are at greater risk for problems in their behavior and learning ability for years down the line.  The study, conducted by a team from the Columbia University School of Social Work in New York City, was published online October 21 in the journal Pediatrics.

The research focused on nearly 2,000 families in 20 cities in the United States. Mothers and fathers were interviewed shortly after their child was born, and then again at ages 1, 3, 5 and 9.

After controlling for other risk factors, prior levels of behavior and earlier development, the researchers found significant results on the impact of spanking.  They found that children who were spanked at age 3 and 5 had higher levels of rule breaking and aggressive behavior at age 9.

The results also indicated that at age 9, children were more likely to score lower on language-comprehension and vocabulary tests if their fathers spanked them at age 5.

“We found there were impacts not just on the behavioral development that folks normally look at, but also on markers of cognitive development, like the verbal capacity of the child,” co-author of the study Michael Mackenzie said in a statement. “These effects are long-lasting. They aren’t just short-term problems that wash out over time.”

Dr. Rosalind Downing, pediatrician on staff at Advocate Good Samaritan Medical Center in Downers Grove, Ill., says, “Spanking sends the wrong message to a child. It communicates that hitting, or being aggressive, is an appropriate response to a problem.”

“It’s interesting to see the high percentages of parents who are spanking, considering how much research is out there linking spanking to behavior problems,” Dr. Downing says. “While it’s sometimes tough to be patient, children benefit enormously from more constructive, positive discipline techniques.”

← New treatment for women at higher risk of breast cancer
Can the flu shot lower your risk of heart problems? →