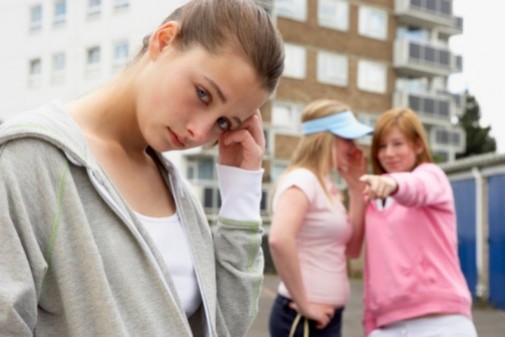 Sexual identity in youths plays a key role in the percentage of U.S. teens who report being sexually harassed, particularly among young women, a new study reveals.

The study, published in late October in the journal Child Abuse and Neglect, found that in comparison to their heterosexual peers, teens who identified as gay, bisexual or “questioning” were more likely to report being a target of sexual harassment in the past year.

Researchers understood that lesbian, bisexual, gay, transgender, queer/questioning (LGBTQ) youth reported being victimized more often, but what was new was that bisexual girls and lesbian girls were reporting harassment in greater numbers than bisexual and gay boys.

Sexual harassment included such things as being asked to do something sexual and having obscene or sexual comments said to survey respondents.

In terms of gender identity, 81 percent of transgender youth reported the highest rates of sexual harassment. These teens were also more likely to suffer distress of some type because of these experiences.

Lead study author Kimberly Mitchell suggested in a Reuters News story that programs that teach others how to intervene on the victims’ behalf would help reduce the amount of sexual harassment seen along sexual orientation and gender identity lines.

Mitchell, research assistant professor at the University of New Hampshire’s Crimes against Children Research in Durham, also suggested tolerance by teachers who would be openly supportive of LGBTQ teens and programs that focused on building self-esteem could be “particularly valuable in both reducing the likelihood of victimization and lessen the impact when it occurs.”