Can pasta make you depressed? 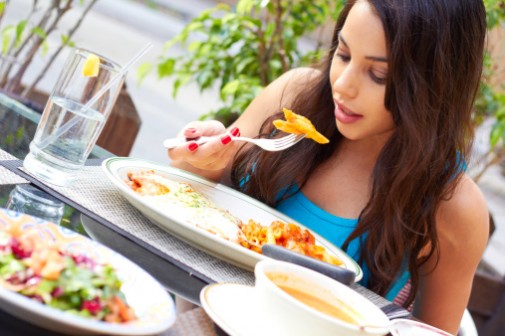 Pasta lovers listen up! New research shows that the sense of joy, well-being and relaxation that comes with eating a big bowl of your favorite noodles may be very short-lived.

The groundbreaking results of the study were recently published in the October edition of the journal “Brain, Behavior, and Immunity.” Over the past 12 years, a research team from the Harvard School of Public Health has been studying the link between carbohydrate-rich foods and depression.

And after culling through data from 43,000 women recruited for the study that had no prior history of depression, researchers found that women who ate red meat and refined grains such as pasta, bread and chips were at a 29 to 41 percent increased risk of being diagnosed with or receiving care for depression.

They also found that carbs have a significant impact on inflammation in the body, which can have a harmful effect on your health.

Bolstering this research is another recent study from a research team at Emory University in Atlanta who recently took a closer look at the connection between inflammation and depression. As part of their research, they tested the effect anti-inflammatory drugs have on individuals with high levels of untreatable depression.

What they found is that the medication was able to successfully block a key molecule in inflammation that may also bring on depression-like symptoms. One of the lead authors for the Emory study said in an online statement that, “prolonged or excessive inflammation can damage many parts of the body, including the brain.”

According to the Centers for Disease Control and Prevention, carbohydrates are essential to human bodies because it is a source of glucose. And it’s important to note that carbohydrates can be found in both healthy and unhealthy foods, such as vegetables, milk and grains as well as chips, cookies and soda.

Even though the Harvard study offered no explanation as to the exact cause of carbohydrates’ effect on mental health and the body’s immune response, it did provide a list of foods that are known to help reduce the risk of depression and inflammation including coffee, olive oil, fish, wine and certain vegetables. Five key things to remember the next time you try to feed your carb fix.