Can soda put you at higher risk for cancer? 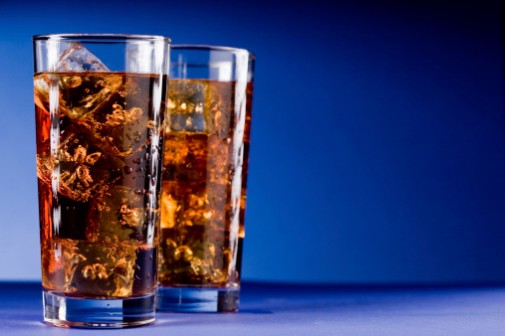 Soda doesn’t have the greatest reputation. And for years, studies have shown links between regular and diet colas to obesity and even kidney damage. Now, a recent investigation from Consumer Reports discovered that food coloring found in some sodas may be dangerous.

The chemical 4-methylimidazol, or 4-Mel, is found in many types of cola.  In the United States, the product packages usually refer to it as “caramel coloring.”  The State of California and the World Health Organization’s International Agency for Research on Cancer both state that 4-Mel can possibly cause cancer.

In California, this chemical is limited to 29 micrograms of daily exposure for an average person. Any product exceeding this daily limit must carry a cautionary label that states, “WARNING: This product contains a chemical known to the State of California to cause cancer.”

In their study, Consumer Reports purchased and examined different sodas in California. They found varying results in the colas with ten of the brands tested meeting the standards. However, two brands in particular, Pepsi One and Malta Goya, surpassed the limit and did not have a warning label.

When the team studied soda from different states, the results were different from state to state. In New York, a Pepsi One contained four times the 4-Mel as the one they studied in California that same month.

In a statement, Dr. Urvashi Rangan, a Consumer Reports toxicologist said, “We are concerned about both the levels of 4-MeI we found in many of the soft drinks tested and the variations observed among brands, especially given the widespread consumption of these types of beverages.”

While there seems to be growing concern over this chemical, it is not one that the Food and Drug Administration (FDA) sets limits on. The FDA currently has no conclusive evidence that consuming 4-Mel is a health risk.

An FDA spokeswoman, Juli Putnam told CNN that the FDA would investigate the chemical’s safety further in a variety of food and beverages.

“It’s always best to limit soda and opt for water when you can,” says Barbara Melendi, registered dietitian with Advocate Illinois Masonic Medical Center in Chicago. “Water has so many health benefits and is low risk compared to soda. To make water less boring, add some cucumbers or berries. Or if you really want the fizz, grab some sparkling water and add a splash of juice.”