Home / Behavioral health / Anxiety? There’s an app for that

Anxiety? There’s an app for that 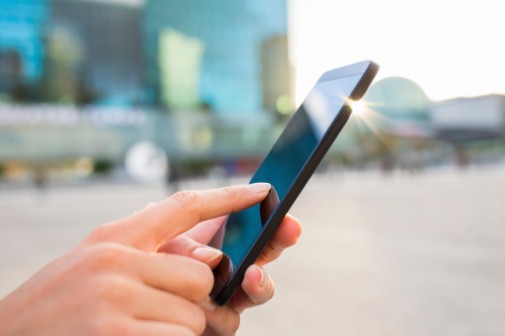 The study suggests that “gamifying” a scientifically-supported intervention could offer measurable mental health and behavioral benefits for people with relatively high levels of anxiety.

The game is based on an emerging cognitive treatment for anxiety called attention-bias modification training (ABMT). This treatment involves conditioning patients to ignore a threatening stimulus (such as an angry face) and to focus instead on a non-threatening stimulus (such as a neutral or happy face). This type of conditioning has been shown to reduce anxiety and stress among people suffering from high anxiety.

In the study, about 75 participants — who all scored high on an anxiety survey — were required to follow two characters around on the screen, tracing their paths as quickly and accurately as possible. After playing the game for either 25 or 45 minutes, the participants were asked to give a short speech to the researchers while being recorded on video — an especially stressful situation for these participants.

The videos revealed that participants who played the ABMT-based version of the game showed less nervous behavior and speech during their talk, and reported less negative feelings afterward than those in the placebo group.

According to the National Institute of Mental Health, anxiety disorders affect about 40 million American adults age 18 years and older (about 18 percent) in a given year, causing them to be filled with fearfulness and uncertainty. A large, national survey of adolescent mental health reported that about 8 percent of teens ages 13–18 have an anxiety disorder, with symptoms commonly emerging around age 6. However, of these teens, only 18 percent received mental health care.

The Anxiety and Depression Association of America recommends the following tips for managing anxiety: