Home / Fitness & Wellness / So much to know about sneezing

So much to know about sneezing 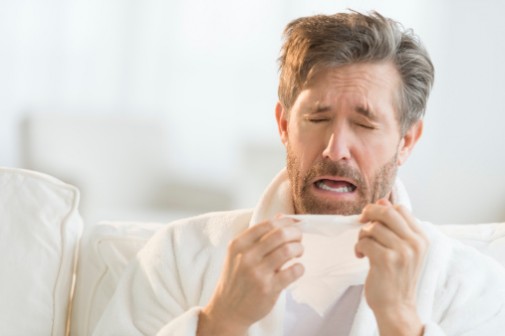 Everybody does it.  Even animals do it.  But how much do we know about it?

Sneezing happens all the time; sometimes it’s a reaction to something in the air. Sometimes there doesn’t seem to be a reason at all. Most of the time, we sneeze without thinking about it.  Since sneezing doesn’t usually get more attention than an impulsive “Bless you,” here are some fun facts about sneezing.

With the high speeds and long distances germs can travel with a sneeze, Dr. Jennifer DeBruler, an internal medicine physician with Advocate Medical Group in Libertyville, Ill., reminds us that, “It is important to cover your nose and mouth when you sneeze and wash your hands after every sneeze.”

← Anxiety? There’s an app for that
Can gardening be as good as exercise? →